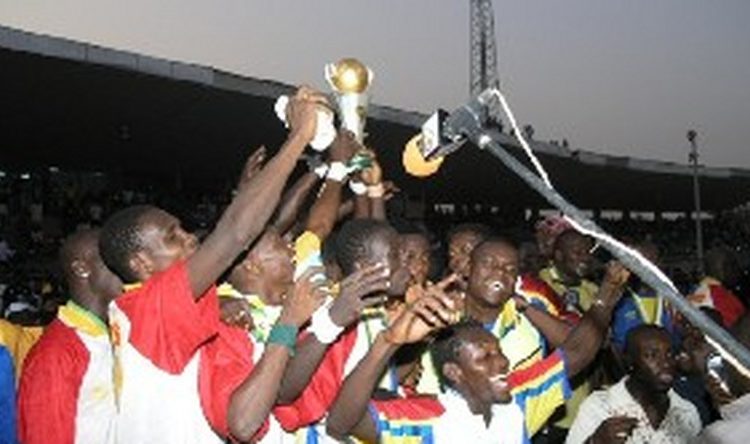 Accra Hearts of Oak’s Adjah Tetteh, against all odds, grabbed a late equalizer that prevented Asante Kotoko from winning the 2004 CAF Confederations Cup at the Baba Yara Sports Stadium.

Instead, the match went to penalties with Hearts prevailing over their rivals.

The first leg had ended in a 1-1 draw at the Accra Sports Stadium with Michael Osei of Asante Kotoko scoring the first and Louis Agyemang grabbed a 90th-minute equalizer to put the game in the balance ahead of the 2nd leg.

In the 51st minute, ex-Accra Hearts of Oak star came to haunt his former paymasters with a phenomenal strike to hand the home side the advantage.

The away side banged on the doors of the Kotoko team for an equalizer but missed could not find the back of the net.

Hearts kept on probing for the equalizer and the goal came in the 80th minute through Adjah Tetteh who connected home skipper Amankwah Mireku’s corner kick.

The game moved to penalties after both sides failed to score a winner.

Accra Hearts of Oak defeated their arch-rivals 9-8 in the shootouts to win their first CAF Confederations Cup finals.

Edmund Owusu-Ansah and Joseph Hendricks missed from the spot for the Porcupine Warriors while Amankwah Mireku who assisted the late equalizer fluffed the first spot-kick for Accra Hearts of Oak.

Over 50k fans packed inside the Kumasi stadium.

Charles Taylor had scored after recess

I sat behind the corner line.

"Appiah did not want to take Uruguay penalty, it was Gyan's all along"- Richard Kingson