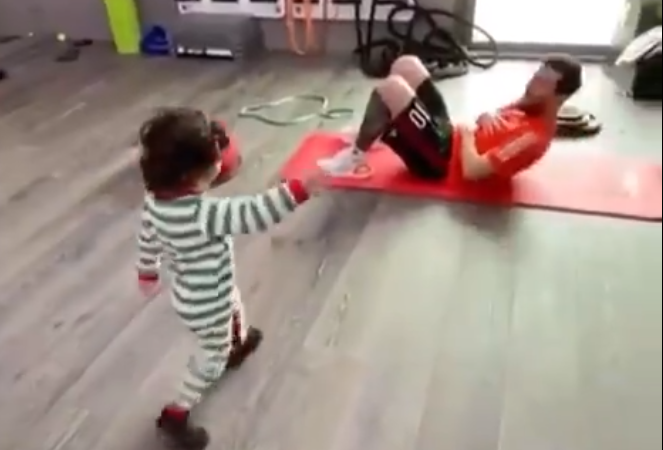 World Player of the Year, Lionel Messi is a naturally-talented player, which has accounted for a lot of his success, but he works hard to keep up his fitness as well.

And he appears to be transferring this attitude to his youngest son Ciro,

The Argentine star shared a video of him and his son working out at home.

First Ciro, who is only two years old, did 10 amazingly accurate hip raises with encouragement from his mom and dad.

Lionel then takes his turn on the mat, doing a few cross-armed sit-ups before finishing it off with a high five from his son. 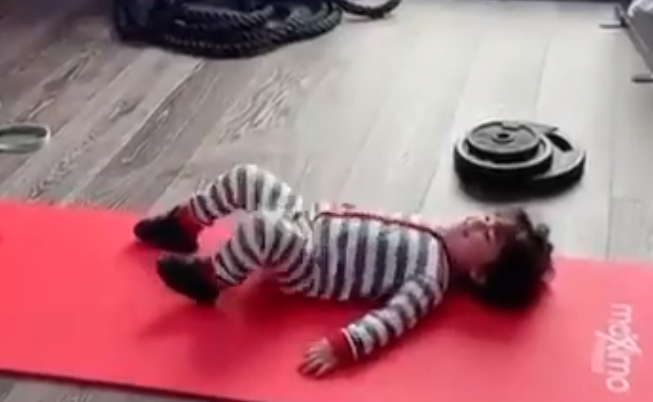 It’s another adorable moment between the Barcelona forward and his kid, who is spending a lot more time with his family as the world of football deals with the coronavirus pandemic.

Messi is one of a host of players confined to their homes as CCOVID-19 rages across the world.

Chelsea winger, Willian, recently shared a video of himself training with his two daughters in their home in Brazil.

The video has since gone viral.

Take a look at Messi working out with his son below: