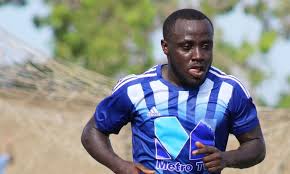 The move was announced by Dreams FC on Monday via its Twitter handle.

Manomey joins the club as a free agent after having left Great Olympics two years ago to pursue higher education at the University College of Education, Winneba.

In the 2020 GUSA Games, he was the competition’s top scorer with 10 goals.

Earlier in the year, Manomey told Citi Sports in an interview that he was willing to get back to playing in the Ghana Premier League if the right offer came along.

With the Ghana Premier League on hold due to the Coronavirus pandemic, fans of Dreams and observers of the league will have to wait a while before seeing Manomey in action for Dreams.

As of the time the league was suspended on March 15, Dreams FC were 13th on the league log with 16 points from 15 matches played.