VIDEO: Frank Acheampong steps up training ahead of start of Chinese Super League 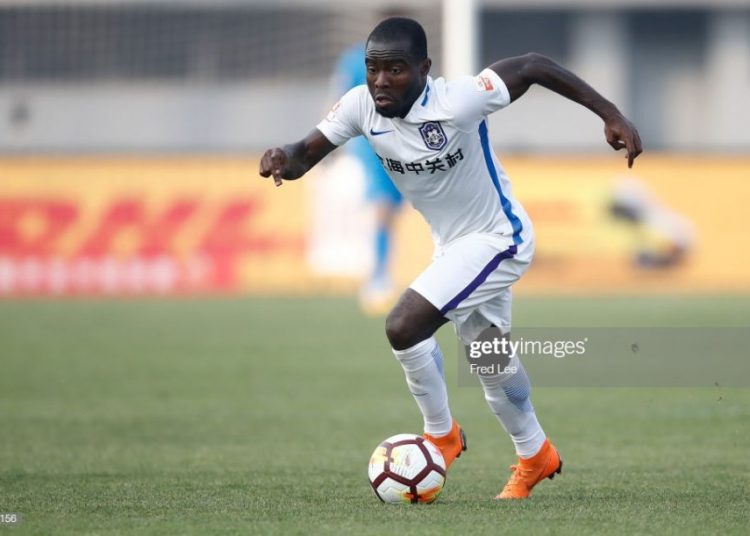 Ghana forward, Frank Acheampong, has stepped up his personal training regime with the Chinese Super League season set to get underway in June.

The Tianjin Teda attacker and his teammates have been left to keep fit with personal trainers as China eases towards a return to normal routines.

The Chinese Super League, which was set to start in February 2020, was postponed indefinitely as the country moved to impose restrictions on the country in an attempt to control the coronavirus pandemic.

With low numbers now being recorded and ease on restrictions, the league is nearing its resumption though no date has officially been given.

Frank Acheampong, aka Tianjin Messi with the footwork 🔥🔥🔥🔥🔥

Never understood why this guy had such limited opportunities with the Black Stars. He deserves to be given fair chance this time. pic.twitter.com/iSvW2YylE1

The 26-year old made 30 league appearances for Teda, scoring nine goals and providing nine assists as they finished 7th on the league table last season.

His last call up to the Black Stars was in September 2018 in an AFCON 2019 qualifying match against Kenya.

“I am still chasing the AFCON trophy”- Asamoah Gyan

"I am still chasing the AFCON trophy"- Asamoah Gyan