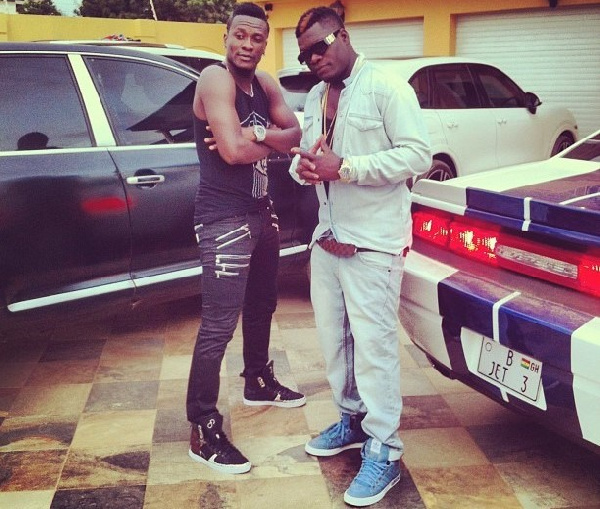 General Captain of the Black Stars, Asamoah Gyan did not forget the birthday of his missing close friend, Castro on his 38th birthday.

Theophilus Tagoe was born the 1st of May, 1982 in Takoradi.

The musician in 2014 disappeared in the Ada Estuary while skiing with a lady, Janet Bandu while the two were enjoying cruise when on a holiday with Asamoah Gyan and his brother.

Their bodies after six years have not been found but their jet ski, which caused the accident was found the very day the two disappeared.

Asamoah Gyan who shared close affection with the former musician took to his Twitter to wish him a touchy message on his birthday with Castro showing off his dance moves.

He wrote “Happy birthday bro. Hmmmmmm. May God be with you wherever you are”

Happy birthday bro. Hmmmmmm. May God be with you wherever you are 🙏🙏 pic.twitter.com/SkJiiFdb99

Castro and Asamoah Gyan were a close friend and collaborated for some songs including ‘African Girls’, a top banger in 2010.

"A teammate passed out while celebrating" - Suarez on Gyan's missed penalty