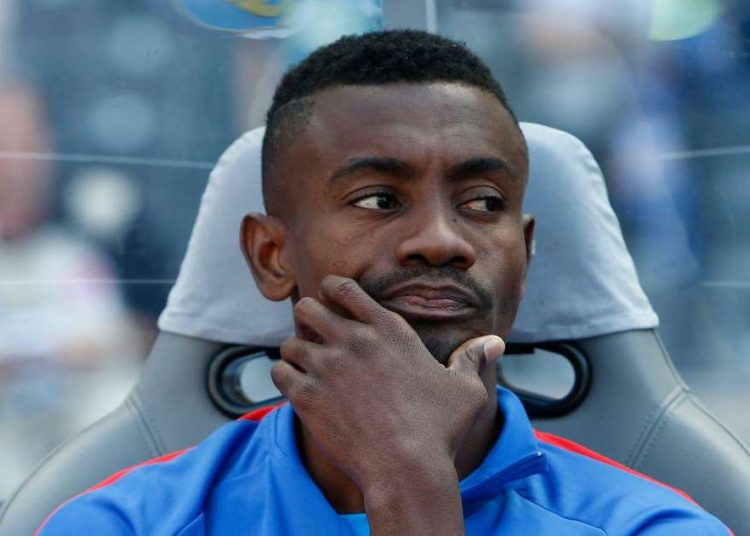 Ivorian international, Salomon Kalou has been suspended by his club, Hertha Berlin, for violating several directives put in place to stop the spread of COVID-19.

Kalou posted a video on Instagram of him fist-bumping and shaking hands with a number of people.

The video has since been deleted by the player.

In another video, Kalou interrupted teammate Jordan Torunarigha’s COVID-19 test, saying it was just a joke when the doctor asked him to leave and delete the video.

A further video shows Kalou complaining about apparent wage cuts by the club during the pandemic.

In the footage, Kalou is apparently upset with the decision taken by the club and waves a piece of paper in front of the camera.

“They took eleven percent” “Why are they f**ing with us?” pic.twitter.com/ezM0kEgeSJ

With the Bundesliga putting in a number of measures to ensure the current campaign can be resumed later in May, Kalou’s actions are a major setback.

The Deutsche Fußball Liga (DFL) said in a statement that the former Chelsea striker’s behaviour was unacceptable.

“The images of Salomon Kalou in the Hertha Berlin dressing room are absolutely unacceptable. “There can be no tolerance of this – especially given the players and clubs who are keeping to the measures because they recognise the seriousness of the situation.”

The German league reported that 10 players had tested positive for coronavirus after all players in the top two divisions were tested.