Bundesliga cleared to return on May 16 after coronavirus lockdown 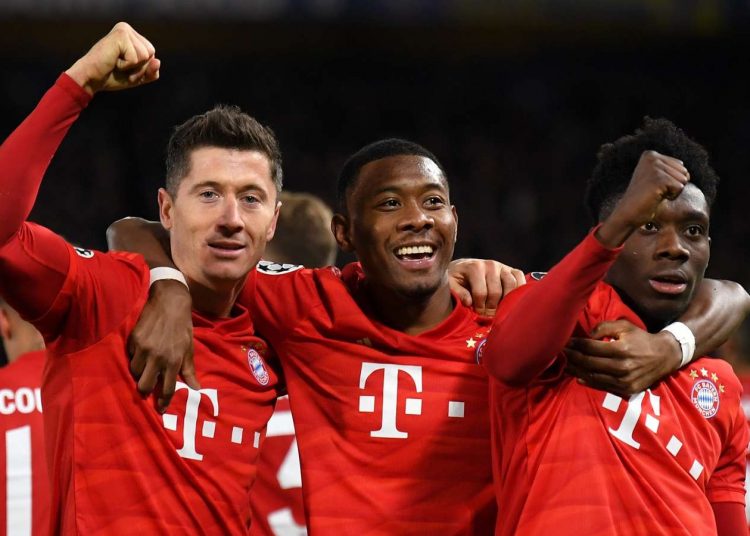 Bundesliga competition will resume on May 16, the German football association (DFL) has announced, with football returning to the calendar on the back of Covid-19 lockdowns.

Having been in a state of indefinite postponement since mid-February, the green light has been given for players to take to the field once more.

The restart plan outlined by DFL president Christian Seifert involves six games taking place on the opening Saturday, with Borussia Dortmund’s derby with Schalke among them.

Defending champions Bayern Munich will be back in action a day later, as they take in a trip to Union Berlin.

The latest round of matches in the German top-flight will be completed on Monday May 18, when Werder Bremen play host to Bayer Leverkusen.

Chancellor Angela Merkel had announced on Wednesday that Bundesliga football would be free to return “in the second half of May”.

Speaking at a press conference, Merkel confirmed that play could resume as long as teams adhere to strict rules.

The latest update means that both the Bundesliga and 2.Bundesliga can move on with their respective schedules. As a result, the league will return for the 26th matchday of the season with nine sets of fixtures still remaining for this campaign.

Having reviewed a safety plan put forward by the leagues, Merkel told the press:

“Matches are allowed to be played under the approved rules.”

Following the conclusion of Wednesday’s meeting the German government released the following statement:

“The Federal Chancellor and the heads of government of the federal states consider the continuation of play in the 1st and 2nd Bundesliga to be justifiable for the 36 clubs eligible to start there at their expense from the second half of May.

The decision comes as part of Germany‘s gradual easing of lockdown conditions, with all open-air sports allowed to be practised without contact. It has been recommended that people keep a minimum distance of 1.5 metres apart.

Bayern currently lead the Bundesliga table with a four point advantage over Dortmund in second.

“Pay me my money” – Kwesi Appiah cries for salary arrears