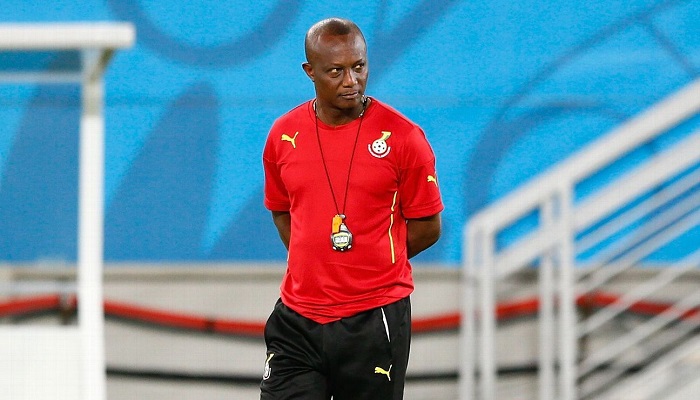 Head of Communications at the Ghana Football Association (GFA), Henry Asante Twum says the FA does not owe Kwesi Appiah salaries as claimed by the former coach of the Black Stars.

According to Henry, it is the government of Ghana that owes the coach as his outfit does not pay coaches but rather appoints them.

Kwesi Appiah in an interview said he felt “disrespected” by the GFA over their reluctance to clear the outstanding arrears of his salary as Black Stars coach.

He also indicated he would likely go to court should the matter persist.

“While working with the FA, I decided to keep quiet on my salary but at the end of the day if you are not working with someone, you give the person what he deserves and he goes away.

It is has been three months now and they should be asking themselves how I am able to feed my family.

Meanwhile, I remember when they took over, Ii remember Kofi Amoah gave them $ 100 million and FIFA has also given them some $500,000. The bottom line is, they should look at the essential ones and try to sort them out. But it looks like they don’t care.

I worked for it and whatever I deserve should be paid and everyone goes out peacefully. But they are not telling me anything and it doesn’t show any sign of respect.

So I think my lawyers will have to deal with it, its either they take it to court or FIFA for things to be settled”.

However, according to Henry Asante Twum, the Communications Head of the GFA, his outfit cannot be charged for the arrears owed Kwesi Appiah.

“The GFA does not pay the coach – it’s the state that pays the coach,” Twum told the BBC.

“The GFA is the employer of the head coach of the national team but his salary is paid by the state. He [Appiah] wrote to the GFA [demanding his outstanding salaries and bonuses] and we forwarded his letter to the [sports] ministry.

“It is the ministry that must pay him, not the GFA.

“Kwasi Appiah has been in and out of the Black Stars for so many years and he knows that it is not the FA that pays him.

“It’s very strange to read what is going round because it’s not the FA that pays the head coach of Black Stars, it is the Government of Ghana. That has been the constitution. The Government owes him.”

Appiah coached Ghana between 2017 and 2019, his second spell at the helm of affairs.

His contract was not renewed beyond December following his team’s disappointing showing at the Africa Cup of Nations (AFCON) in June/July, last year where the Black Stars exited the competition in Egypt at the Round of 16 stage.

It was the first time the West Africans failed to reach the quarter-final of the continental gathering since 2006.