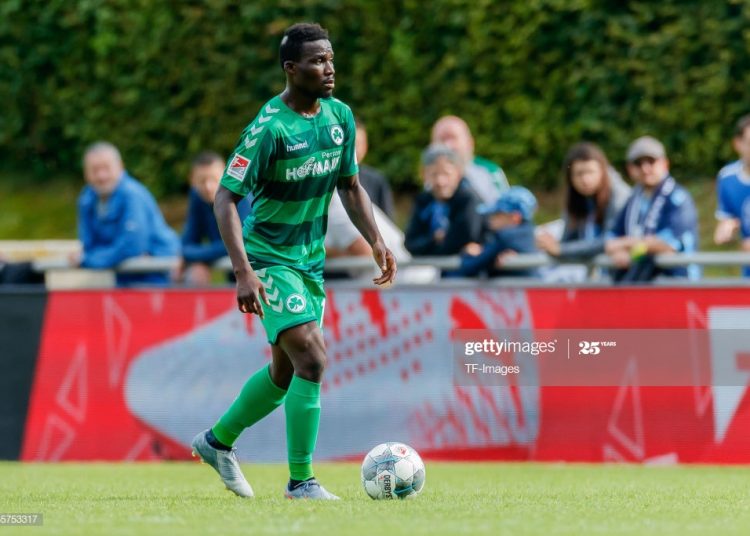 Ghanaian midfielder, Hans Adu Sarpei, has revealed his happiness at getting back to playing competitive football in Germany starting on May 16.

The German Chancellor, Angela Merkel, announced on May 7 that the country’s main football leagues- Bundesliga 1 and 2- were to restart after it was suspended due to the Coronavirus pandemic.

The suspension was activated in mid-March to help the country deal with the pandemic.

Sarpei spoke to Citi Sports in an interview and stated that getting back to the field to compete with fellow footballers was very pleasing to him and his team teams at Greuter Furth in the German second tier.

“It is a very good and important decision taken by the German football. It is nice to get back to what we enjoy doing and it will also keep our fans around the world going.

More importantly, the decision allows us to see who wins the championship and who gets relegated.

My colleague players were also very happy with the decision.

Even though we were training at home, it was boring and so, it was important to get back to training and see our team mates even though we did so while practising social distancing. We are looking forward to playing next week until the season is over.”

Sarpei and his team mates at Greuter Furth will face Hamburg on May 17 on the first day of the restart of the Bundesliga 2.