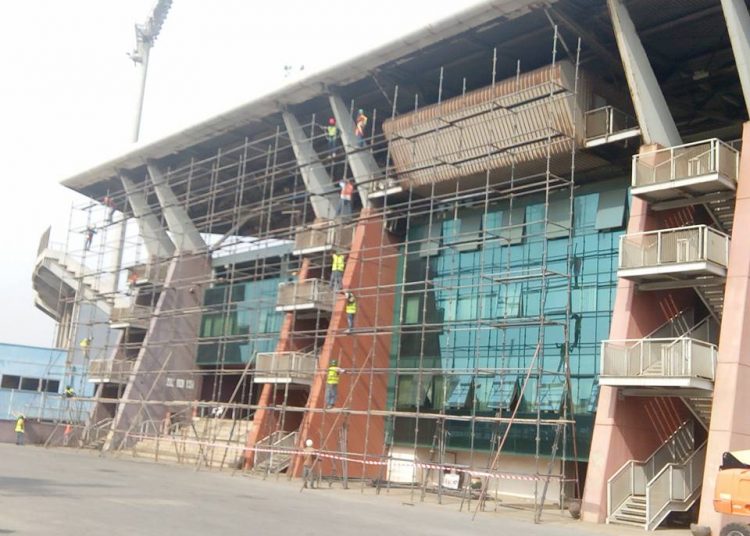 It has emerged that the country’s 5 major stadia in Accra, Cape Coast, Tamale, Kumasi and Essipong do not have any maintenance manuals to help keep those facilities in pristine condition for the nation’s benefits.

This was the major revelation of a report released by the Auditor-General’s office on Thursday on the sustainability of national stadia.

Per the document, the service focused on three main areas: oversight responsibilities,  maintenance of stadia and revenue generation.

The report said that the service was troubled by several media reports of various stadia in poor conditions and thus, it took the pain to travel around the country to see things on a first-hand basis.

On page 7 of the executive summary of the report, the audit service realised that the:

.”..five major stadia did not have any operations and maintenance manuals from the contractors of the various stadia. Also, management had not put maintenance and action plans in place to maintain the facilities though they had Estate Units with Engineers and technical staff.”

In addition, the audit service’s on-site visits to the stadia also revealed, in chapter 3 of the report which looked at findings, that the Ministry of Youth and Sports:

“…had not put in place measures to monitor and evaluate the activities of NSA with regard to maintenance and operations of the stadia. MoYS did not also monitor and supervise NSA in the performance of its functions, neither had it developed strategies to evaluate NSA.”

The report added that the Estate Managers at the various stadia in the country said, in interviews conducted with the audit service, that the NSA had not given them any Operational and Maintenance manuals.

The audit service recommended that the National Sports Authority should work through the Ministry of Youth and Sports and get operational and maintenance manuals from the companies that built the stadia.

The manuals should form the basis of annual maintenance plans for the various stadia.

With the stadia in Accra, Kumasi and Essipong currently experiencing some renovation works, the general expectations are that those facilities will be managed better than in previous years.