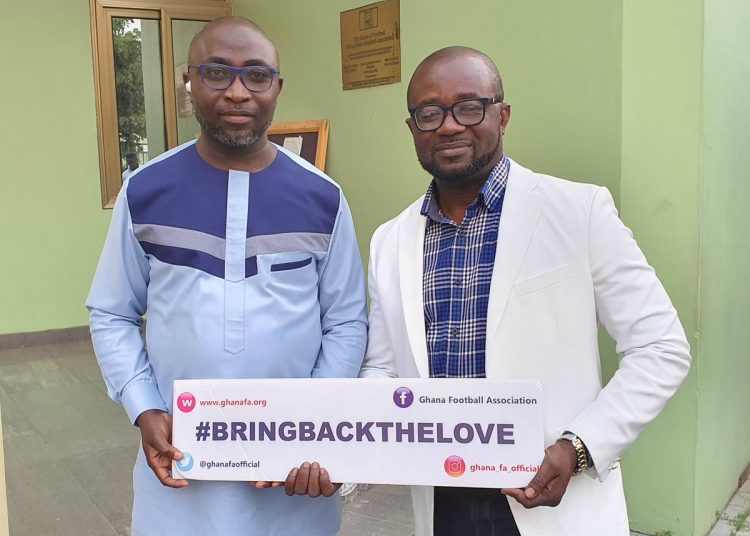 The General Secretary of the Ghana Football Association (GFA), Prosper Harrison Addo has denied that the FA deliberately removing some aspects of the Association’s financial statement presented to Congress.

In May 2020, the GFA was heavily criticized after it emerged that page twenty two of the Association’s financial statement for the year could not be found.

The page in question contains twenty different items ranging from insurance to consultancy, and how much the Normalization Committee (NC) spent on sixteen of those items including their honorarium.

The document which was presented by the outgoing Normalization Committee in December 2019, covered the period of June 31, 2018 to June 31, 2019.

While some members of the Association; like Winfred Kwaku Osei have accused the GFA of clandestinely hiding the document to cover some financial malfeasance, others have criticized the Kurt Okraku led administration  for defending the Normalization Committee.

However, the GFA’s General Secretary Prosper Harrison Addo, has denied the allegations.

Speaking on Sports Panorama on May 22, 2020, the General Secretary explained that the incident could not have been deliberate because the GFA had already sent full copies of the document to members weeks before Congress.

Let me explain this, the congress details were sent electronically and then some were printed on the congress ground. This is because you get there and you have people telling you they left theirs.

However, previously we just print them and send it to them.

Here, in one of the scanning, page 22, the person who was scanning missed it. So it was not there. But the ones that were presented at the congress were there.

Mr. Addo also addressed accusations that the GFA may have removed the pages ostensibly to protect the Normalization Committee.

So already, there is the total which is stated, and that amounted to about $10 million and the note is written by the side.

The accounting figures has been catered for and the figures are for the 2018 and 2019 periods and that is for those who want to divide it between the normalization period and the normal period.

Mr. Addo concluded by indicating that none of the Association’s members had written to the GFA to demand for the page because they already have the full document, which has also been sent to FIFA.

Everything has been accounted for and it is clear, including the total for all the figures and the details are stated in the note and in this case the note 9 and that is the page 21 and 22.

I am the General Secretary of the association and I can confirm that no club has written to the FA for page 22. Page 22 was part of the document sent to FIFA.