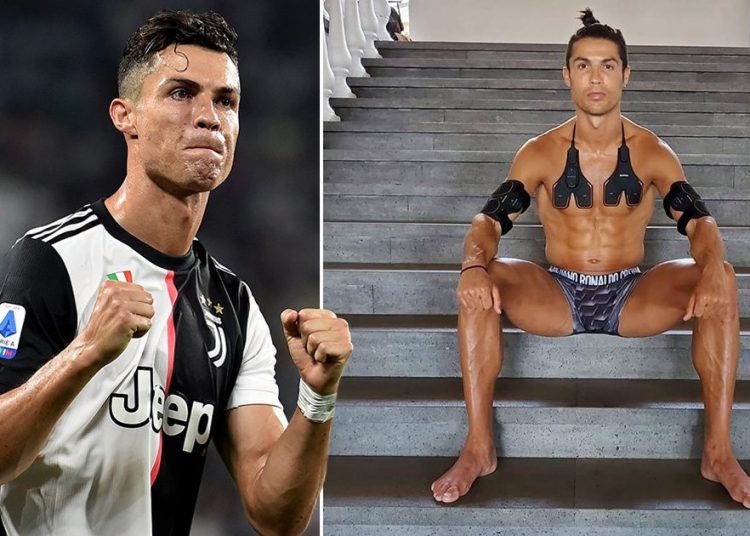 Footballers have been faced with the challenge of keeping fit at home during the coronavirus pandemic.

Europe’s biggest teams have gradually returned to training this week, but the months prior had seen professionals fighting to maintain their fitness and conditioning without their usual world-class facilities.

Sure, the biggest names have a lot more equipment than those of us tuning in for Joe Wicks every morning, but working out from home is a completely different ball game to the training ground.

And although it’s inevitable that some players will have lost that extra level of sharpness that owes to match fitness, we’re inclined to think that it might have benefited others in certain areas.

Being able to do fewer activities with a football at their feet means that some players appear to have been working harder on their physical conditioning – and with some interesting results.

Well, that’s certainly what The Sun has noticed in recent weeks, highlighting five players who appear to have undergone a body transformation during their time in lockdown.

With the likes of Mohamed Salah and Cristiano Ronaldo featuring on the list, it goes to show that even some of the world’s best players can make slight tweaks to their physique.

You can check out the five players down below to cast your opinion on whether they’ve been getting their heads down in the gym and if so, which has impressed you the most ahead of a comeback.

McSauce has always looked in decent shape since his Manchester United career started blossoming, but the Scotland international seems to have worked extra hard during the lockdown.

Having already posted a 5k challenge time of 15 minutes and 45 seconds, McTominay displayed the fruits of his labour even more with an Instagram post showing his shredded abs this week.

To be fair, we’re talking about small margins here because Ronaldo always keeps himself in shape, but the Juventus star has looked very pleased with his lockdown progress recently.

An image of Ronaldo leaning against a wall has shown off his razor-sharp abs after working out in the home gym multiple times a day and performing running drills on his driveway with girlfriend Georgina Rodriguez.

Hazard has endured a difficult start to his Real Madrid career and the winger’s weight has been a talking point in Spain after arriving at the Bernabeu seven kilograms overweight.

But the Belgian has been resisting the temptation to overeat in lockdown, admitting to RTBF: “I’m trying not to go into the pantry to eat a lot of buns, but it’s not easy.”

Clearly Hazard has been resisting, though, because The Sun claims that he ‘wowed boss Zinedine Zidane with his slimline figure’ when he returned to Real training this week.

Let’s not beat around the bush, Drinkwater has experienced a torrid 2019/20 season across poor loan spells with Aston Villa and Burnley as well as personal controversy away from the pitch.

But if there’s any positive we can draw from Drinkwater’s recent behaviour, it’s the fact a recent image of him mowing the lawn ‘showed off a new shredded physique’ since his Chelsea days.

The Egyptian icon gave fans a flash of his physique when he ditched his Liverpool jersey during his celebration of a crucial goal against Manchester United in January.

It certainly marked a clear change from the skinny frame we saw on Salah at Chelsea, but an Instagram post from late April suggests he’s been bulking up even more in the last three months.

The snap of Salah’s chiselled abs and toned shoulders prompted close friend Dejan Lovren to joke in the comments: “So you have photo sessions at home.”

So, have those five players enjoyed the lockdown grind or are it simply the trick of the camera?

Either way, there’s no denying that everyone from McTominay to Salah is looking shredded despite having their training plan curtailed by the tragic events of the COVID-19 pandemic.

But let these images reassure you that when the Premier League and Champions League hopefully return, that some of their best players will be in the perfect shape to hit the ground running.