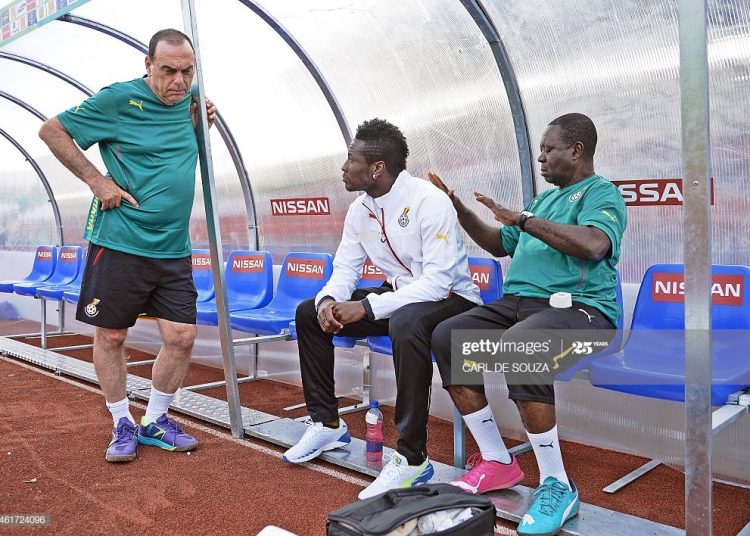 Former Black Stars and Chelsea Football Club head coach, Avram Grant says Asamoah Gyan’s 2011 transfer from English Premier League side Sunderland to Al Ain in the United Arab Emirates was a step in the wrong direction for the striker’s progress.

With 11 goals for Sunderland in 36 games, Asamoah Gyan was poised for big things in England but his stay was short-lived as he joined Al Ain on an initial loan and then left permanently.

According to Grant, who coached Gyan in the Black Stars in the 2015 and 2017 AFCON tournaments, the striker could have achieved more if he had stayed longer in the English top-flight.

“Asamoah Gyan had one of the biggest qualities I have ever seen in my life because he has everything as a striker,” Grant told 442gh.

“He has the passion to score, he can score with his feet [and] his head. He is very good mentally. I’m sure you remember the goal he scored against Algeria in that 2015 Afcon game against Algeria.

“I think his biggest mistake was not staying in the Premier League. He could have stayed because I think if he [did], he would have been considered as one of the best strikers.

“I spoke to Didier Drogba not long ago and he told me Asamoah Gyan is one of his favourites and he could have achieved more.

“I think it was a mistake moving from the Premier League but we all make mistakes when we are young.

“He should have stayed in the Premier League. There are not many strikers with his qualities.”

Gyan’s stint in the United Arab Emirates was far from disappointing, earning himself three goal-king titles in the UAE Pro-League, a top scorer’s prize in the AFC Champions League and the 2014 AFC Foreign Player of the Year award after leaving Sunderland.