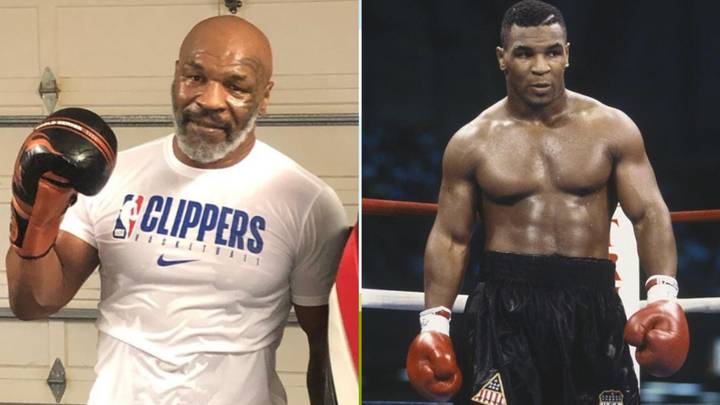 Former World Heavy weight champion Mike Tyson has reechoed his seriousness to make a return to the boxing ring following a string of workout videos that have surfaced in recent weeks.

Early reports suggested that he might get into the ring with former rival Evander Holyfield for part three of their historic showdown but he has shut down any possibility of that happening.

Training with the legendary @kingsmma_hb and the watchful eye of Uncle Mike. #C4 🏆🏆🏆+🏆 pic.twitter.com/KOkOnYq3Fy

Rather the 53 year old revealed that the upcoming bout is a charity event aimed at helping the underprivileged and individuals with addictions.

“I’m just getting ready to help some less fortunate people.

“I doing this charity event and I am going to take this money and help these homeless and addicted brothers.

“I have been homeless and I have been addicted before so I know the struggle, “he told rapper Lil Wayne on his Young Money Radio show.

He went on to confirm that Holyfield had nothing to do with it when he was asked.

“No he isn’t the one I’m fighting but there are so many guys that want to do this, the contracts will soon be done and then you can see the names that are involved,” he clarified.

British fighter Tyson Fury’s name is the latest to be thrown into the fray as a possible opponent for Iron Mike.

The youngest ever World heavy weight champion who enjoyed a career that spanned from 1985 – 2005 has evolved into an entrepreneur in the Cannabis industry and also hosts his own radio show.