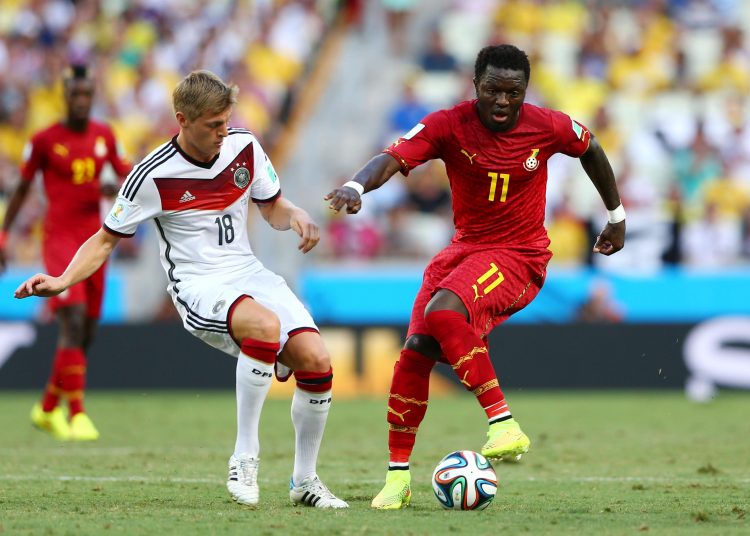 Former Ghana left-back Hans Adu Sarpei says he would like to see the German national team play against the Black Stars in Ghana to serve as awareness in fight against racism.

Sarpei has joined the debate in the wake of the fight against racism in the world which has now spread to the football industry.

According to the former Wolfsburg right-back, the German Football Association (DFB) can do more in the fight against racism.

He suggested that the DFB should play as guest to the Black Stars to serve as cognizance in the fight against racism.

“The DFB does too little for me. Hang up signs and the players then come in and say: We are against racism, that is not enough, ”said the former football professional to TV station Phoenix. He referred to the high radiance of the DFB team.

“Let’s have a look at the German national team. Sané, Boateng, Gnabry. Where do they all come from? Why don’t we make a game in Ghana, where Boateng’s roots come from. Easy to build bridges. Football has such an effect, such a force. Show people what it’s like in Ghana,” said Sarpei.

Sarpei welcomed the action by FSV Mainz 05 to dismiss a member who had complained about too many black players in the team: “This is a strong reaction from FSV Mainz. But I still wish they had written about it. These colored players, there is a German, an Austrian, a Luxembourger, a Dutchman. ”