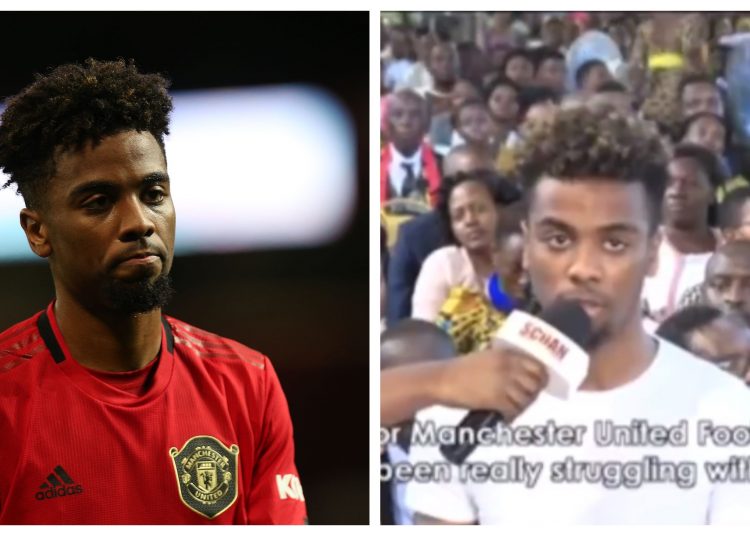 Footage of Manchester United youngster Angel Gomes at the church of Nigerian preacher, T.B Joshua for ‘healing’ has gone viral on social media.

In the video, the player, then 16 years old, introduces himself and adds that he has been struggling with hip and groin injuries which have affected his progress at the Premier League Club.

He said he would usually sustain these injuries when he had a “breakthrough” with the team or was chosen to play in tournaments.

Gomes said his family has always watched TB Joshua on TV and were fans of is, which is why he decided to come and see the preacher.

The video showed the now 19-year-old jogging in an open area showing off his “healed” ankle which he said he recently injured. 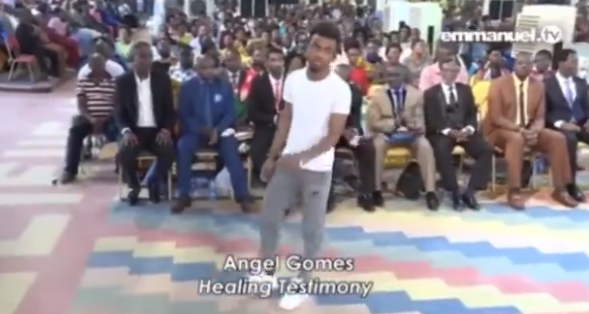 “Don’t doubt what you feel inside. Just go with your heart and have faith. When you need someone to look up to, just look to God. Just have faith and be proud,” Gomes said afterwards.

Gomes joined United at the age of six when he started training with their academy. 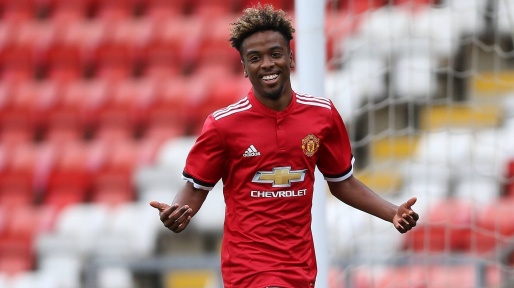 He has gone on to make five appearances for the senior team.

The player has had a difficult time at the club recently, with his contract expiring at the end of June.

Manchester Evening News reported that there have been no discussions between the club and the player over a new short term contract extension.

Gomes has also made appearances for England’s youth teams from the U-16 side to U-20.

Although he was born in England, Gomes is also eligible to play for Angola and Portugal as he is the son of Angolan-born former Portugal footballer, Gil Gomes.

He is also the godson of former Manchester United winger, Nani.

You forgot to add this part dfkm whose player is this?😭😭😭 pic.twitter.com/qmaBBwM2EI