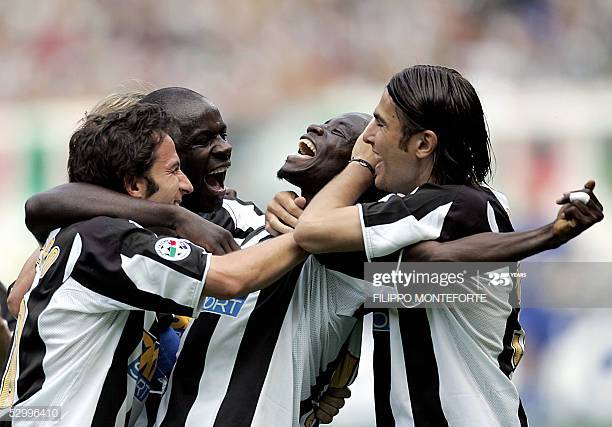 Appiah was an instrumental figure during his three-year stay at Italian side Parma.

The 39-year-old’s success at Ennio Tardini Stadium prompted defending Serie A champions Juventus to pay €2 million in the summer of 2003 to secure his services on loan, with an option to a permanent €6 million transfer in 2004.

Appiah went on to enjoy a good first season for Juventus, playing in 30 Serie A games and appearing in the Coppa Italia final.

He also made his debut in the UEFA Champions League. In his second season at Juventus, Appiah played in 18 Serie A games.

According to Appiah, former France World Cup winning defender Lilian Thuram had a hand in his move to the Turin-based giants.

“After the season I came to Ghana for holiday and [Lilian] Thuram called me. I played with him, [Fabio] Canavaro, [Gigi] Buffon, [Alain] Boghossian at Parma so I was in Ghana and Thuram called and asked, do you want to play for Juventus? and I said my friend, why ask me such a question and he replied that he is serious, so I asked why and he said the Juventus Director [Luciano Moggi] will call me in twenty (20) minutes time and he indeed called me in twenty minutes time,” Appiah told Carol Tshabalala.

“I was so shocked because he [Moggi] was so powerful when it comes to Italian football so for him to call me was an honour. We spoke and he asked me what I was doing and I told him I was with my family on holiday, and he said I should come to Turin the following week so I asked him, director why…and he said you have to come and do your medical because we want to sign you. I was lost for words but I told him to expect me. I flew to Torino and did my medical and I became a Juventus player.”

Appiah spent two years with the Bianconeri before moving to Turkish giants Fenerbahce in 2005.