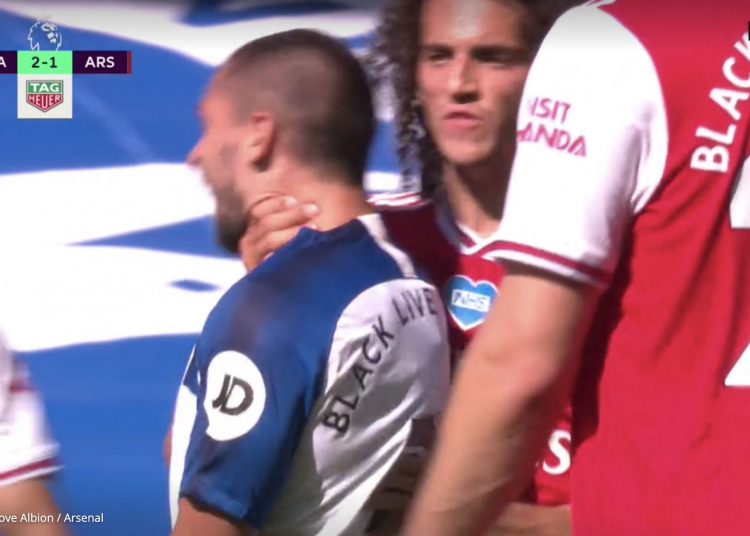 Brighton striker, Neal Maupay has hit back at claims that he intentionally hurt Arsenal goalkeeper Bernd Leno in their encounter on Saturday.

Maupay scored a 95th-minute winner as Brighton came from behind to beat the Gunners 2-1 at home. 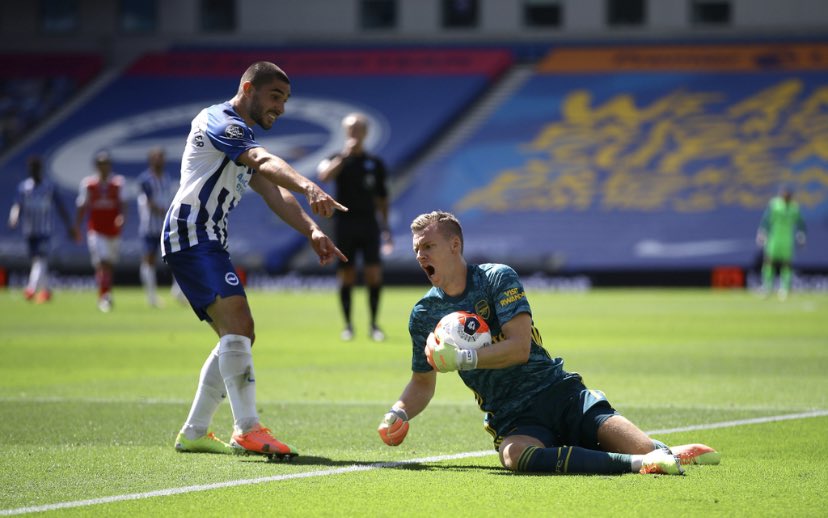 However, with the scores level at 0-0, a ball over the top was caught by Leno in the box, right before Maupay barged into him. 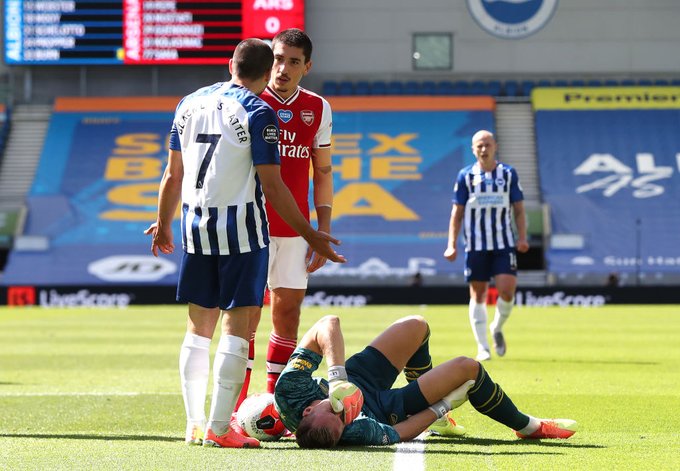 The collision sent Leno to the ground with an injury that forced him out of the rest of the match.

Arsenal players protested to the referee as fans vented their spleen on social media, getting even angrier when Maupay escaped without a card.

Even Leno had a go at Maupay as he left the pitch, clearly upset about the challenge.

Bernd Leno is not happy with Neal Maupay #arsenal pic.twitter.com/owsZz4S7Fz

Maupay then scored the late winner for Brighton.

The already-upset Arsenal players lashed out, particularly Mateo Guendouzi, who grabbed Maupay’s neck just before the end of the match. 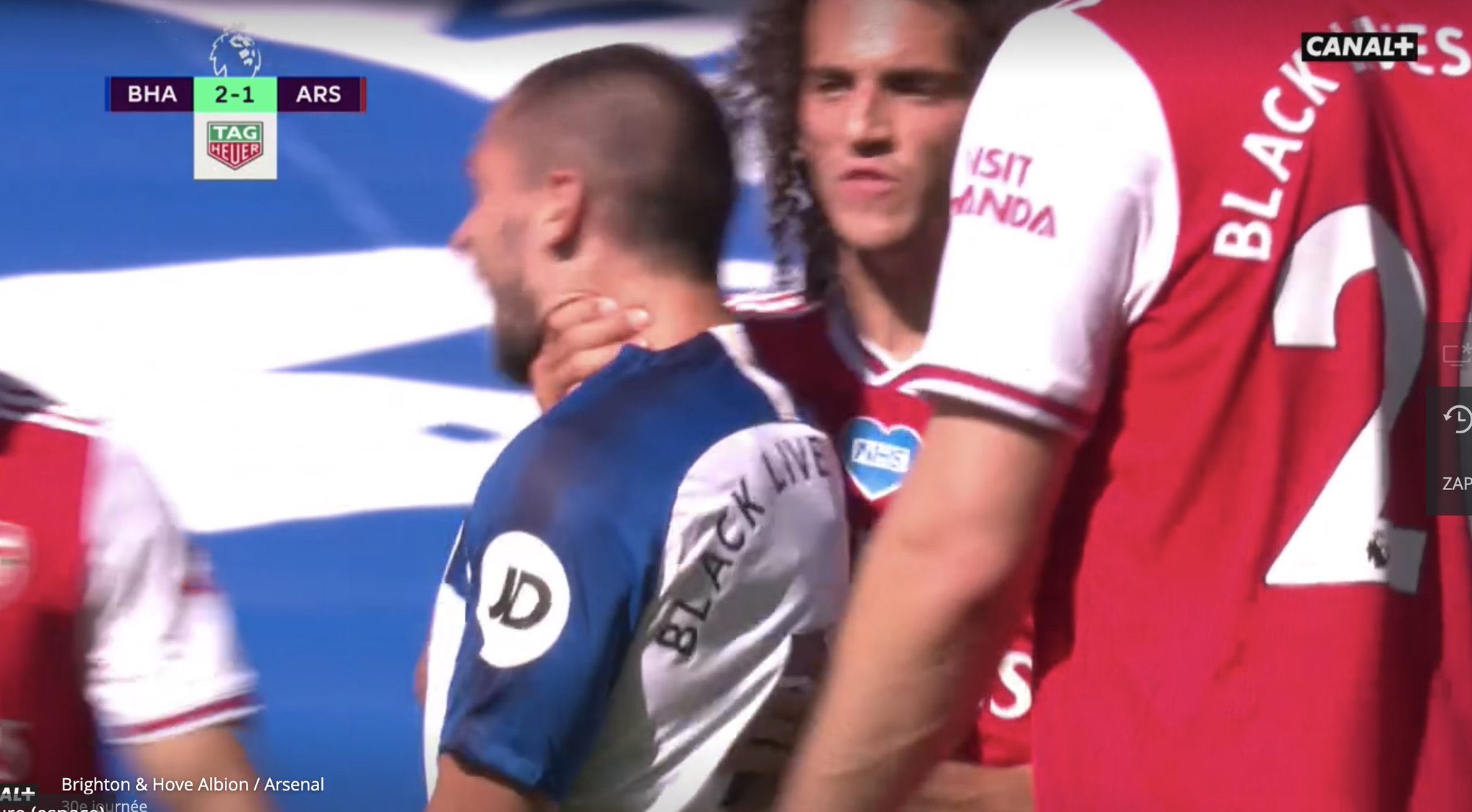 After the match, Maupay said he did not mean to hurt Leno, adding that some Arsenal players needed to be humble.

“Some of their players need to learn what is humility, especially one of them. One of them was talking the whole game and saying really bad things,” he told BBC Sport.

“When I scored I just had to say ‘listen, that is what happens when you talk too much on the pitch. At half-time, I went to the manager Mikel Arteta to apologise. I never meant to injure the keeper. I jumped for the ball. I apologise to the team and to him as well. I have been through a bad injury, it is hard. Arsenal players maybe need to learn humility sometimes. They were talking a lot. They got what they deserved.”

“I just went to get the ball really. When he landed he twisted his knee. It is football, there is contact. I never meant to hurt him. I apologise again and wish him a speedy recovery.”