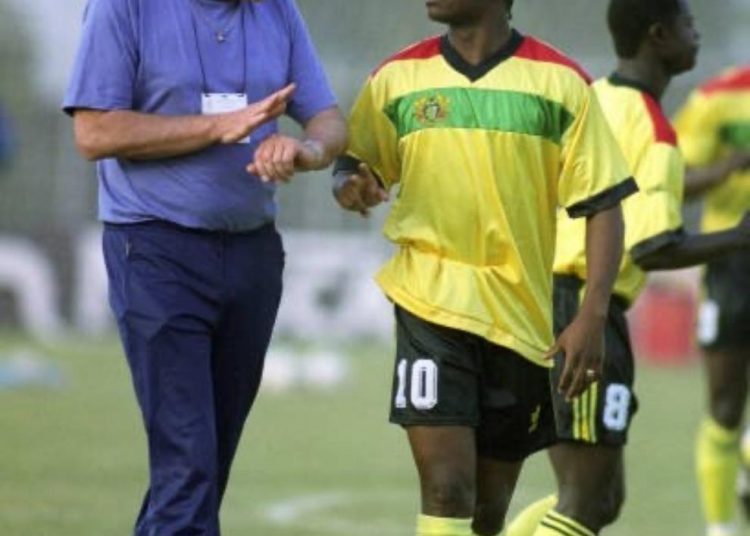 Former Black Stars head coach, Otto Pfister has disputed claims by Tony Yeboah that he chose Anthony Baffoe as captain for the AFCON 1992 final on the instruction of a letter from Accra.

In an interview with Kwabena Yeboah on GTV Sports+, the Eintracht Frankfurt captain said Otto Pfister claimed there was a letter from Accra ordering him to hand the captain’s armband to Baffoe, instead of him, who was in line to replace the suspended Abedi Pele.

But speaking in an exclusive interview on Citi TV’s The Tracker show, the 82 year old German trainer said he never had any form of communication from any official in Accra.

“No. I have seen some stories like that from Tony Yeboah. I was surprised by it as well. To make things clear, I never received a letter from Accra.

I don’t even know who brings these letters or even who receives it. I don’t know if it was for the Federation officials there or myself. But I never received a letter from Accra based on my decision to name Tony Baffoe as Black Stars captain ahead of the final game with Ivory Coast”.

The German tactician stated that he picked Tony Baffoe for that final game because he felt he was more of leader and the most neutral member of a very divided squad.

“But Tony Baffoe was also a great player; he played in Dusseldorf and also played with Metz in France. But beyond all that, he was the most neutral. He was absolutely neutral, that’s why I gave him the captain

Ahead of the 1992 Africa Cup of Nations final against Ivory Coast, the Black Stars of Ghana was without Abedi Ayew ‘Pele’ who was the teams’ official skipper.

Otto Pfister, coach of the side then named Antony Baffoe as the skipper ahead of the game.

In June 2020, 28 years on, Antony Yeboah reveals he was a ‘little angry’ about the decision since he was the vice-captain and should have been named in Abedi’s stead.

The decision to be named as captain, according to Tony Baffoe came to him as a surprise and did not manipulate his way there.

After negotiating a group that had Egypt and Zambia, the Black Stars of Ghana dispatched Nigeria 2-1 in the semi-finals before setting up a meeting with West African neighbours Cote d’Ivoire.