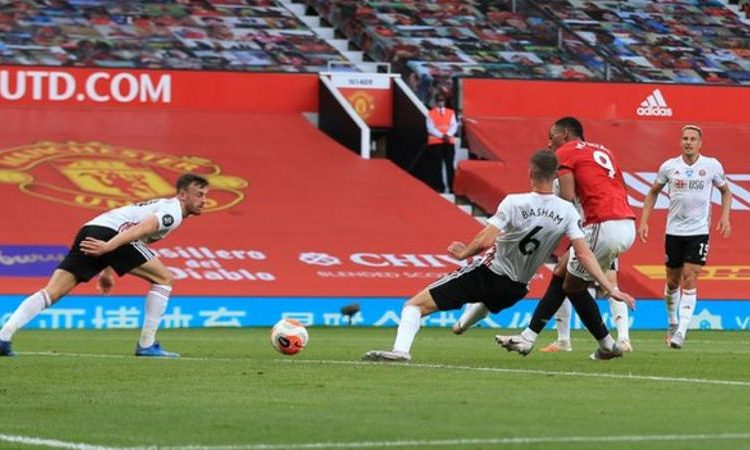 Robin van Persie was the last United player to score a treble in the league.

And while there was nothing to compare with the Dutchman’s brilliant volley against Aston Villa that helped seal the 13th and final title of Sir Alex Ferguson’s illustrious reign, Martial did complete his own milestone with a delightful chipped finish over Simon Moore after collecting Marcus Rashford’s return pass.

The result moves United to within two points of fourth-placed Chelsea, who entertain Manchester City on Thursday.

However, for Chris Wilder’s visitors it was another disappointing day. The Blades have now picked up just one point from three games since the resumption and are yet to score.