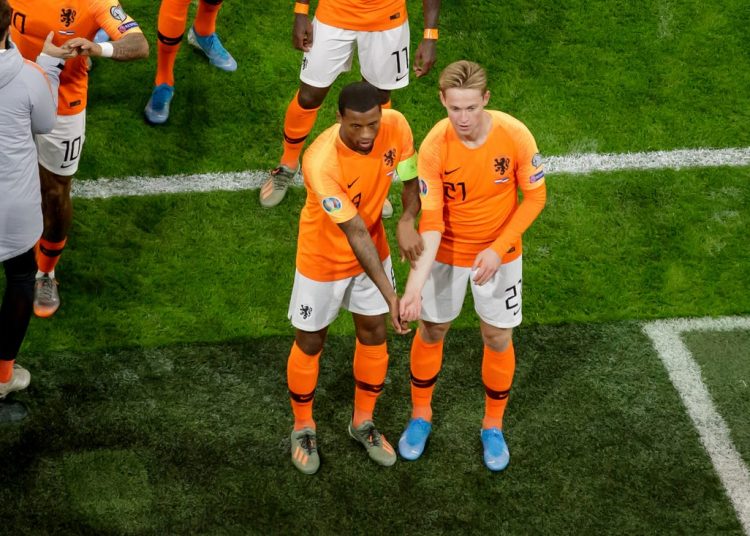 Racial bias is a clear and significant problem in English football commentary, according to a groundbreaking study that found players with lighter skin are regularly and overwhelmingly praised for intelligence, work ethic and quality compared with those with darker skin, who are reduced to physical and athletic attributes.

The study has been carried out by RunRepeat, a Danish research firm, and is the first aimed at understanding whether the football media talks differently about players depending on their skin tone. More than 2,000 statements from commentary on 80 games across the Premier League, Serie A, La Liga and Ligue 1 were analysed.

RunRepeat ratio-adjusted its numbers to account for the fact there were 1,361 comments about lighter-skinned players and 713 about darker-skinned players and found the former group more widely praised for intelligence (62.60%), hard work (60.40%) and quality (62.79%). Commentators are also 6.59 times more likely to talk about the power of a player if he has darker skin and 3.38 times more likely to reference his pace.

The study also found that 63.33% of criticism from commentators in regards to the intelligence of a player is aimed at those with darker skin, while the figure for quality is 67.57%.

RunRepeat’s findings are timely given the focus on racial discrimination and inequality generated by the Black Lives Matter movement and the study has received the backing of the Professional Footballers’ Association, which has called on the football media to be more considerate in how they speak about and analyse players in order to break longstanding and damaging stereotypes.

“To address the real impact of structural racism, we have to acknowledge and address racial bias,” the PFA’s equalities executive, Jason Lee, said. “This study shows an evident bias in how we describe the attributes of footballers based on their skin colour.”

RunRepeat’s research took six months and centred on 20 games from each league in the 2019-20 season. Only English-language commentary was analysed in order to avoid errors caused by inaccurate translations and this was sourced from seven broadcasters: Sky Sports, BT Sport, FreeSports, beIN Sports, TSN, NBCSN and ESPN. The focus was on commentators and co‑commentators who speak as games are happening, and not on studio pundits. About 5% of the commentators and co-commentators were from a BAME background.

In the commentary analysed by RunRepeat, 643 players were referenced and each was designated a skin-tone value between 1-20 based on those assigned in the database of Football Manager 2020, the latest version of the popular computer game, with 1-11 classified as “lighter skin tone” and 12-20 as “darker skin tone”. RunRepeat focused on skin tone because it felt focusing on race would lead to misidentification.

A total of 2,074 commentary statements were collated and split across 11 categories, with the differences in praise, criticism and references to intelligence, quality, hard work, power and speed the most startling. As the report states: “Players with lighter skin tone should receive the same proportion of comments about, for example, their intelligence or their work ethic as players with darker skin tone. The fact this is not the case across a large sample size indicates there is bias in the way the media discuss players based on the colour of their skin.”

The Guardian has seen a selection of the commentary statements collated and analysed and in isolation, they appear harmless. For instance Sheffield United’s Billy Sharp is praised for how “cute and clever” he is, and Real Sociedad’s Alexander Isak is criticised for poor “decision-taking”.

But along with the piece of commentary that focuses on how “fit and strong” Real Madrid’s Ferland Mendy is, they harden the view of black athletes being less intelligent and hard‑working and able to succeed only because of their “God-given” physical and athletic attributes. That leads to racism, including the lack of opportunities black former players receive in coaching, management and at boardroom level.

“Commentators help shape the perception we hold,” said Lee, the former Nottingham Forest, Charlton and Watford forward. “It’s important to consider how far-reaching those perceptions can be and how they impact footballers once they finish their playing career.

“If a player has aspirations of becoming a coach or manager, is an unfair advantage given to players that commentators regularly refer to as intelligent and industrious, when those views appear to be a result of racial bias?”

It will be intriguing to see how the football media, and broadcasters especially, react to the study. Sky Sports already holds sessions with its presenters, reporters and commentators in which the importance of the language they use to describe athletes from different backgrounds is discussed. In conjunction with the PFA, extra sessions have also been held in regards to the language staff use when specifically discussing any stories and issues concerning Black Lives Matter.