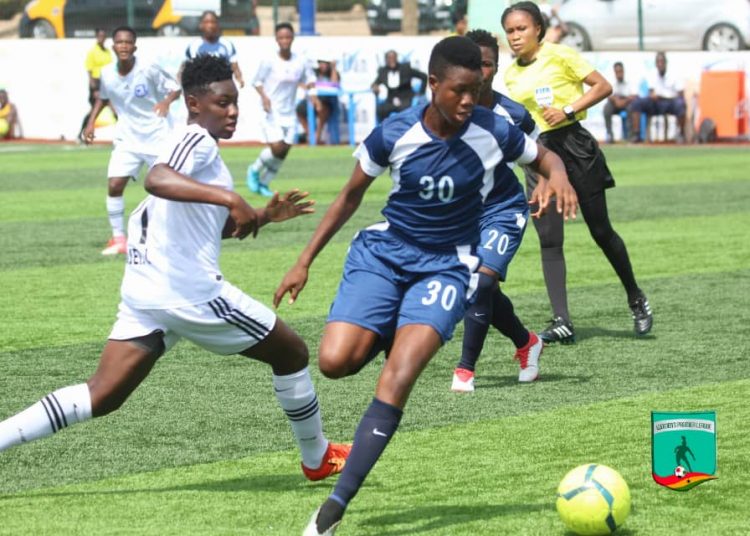 At least 480 female footballers are set to benefit from the Youth Employment Agency’s Youth in Sports program which will provide the players with a monthly stipend of GHS 500 for six (6) months beginning July, 2020.

The Youth in Sports program is an initiative of the Government of Ghana through the YEA which is providing employment for up 5,000 youth in Ghana.

The program has been immediately extended to the sporting fraternity to help alleviate the financial burdens the COVID-19 outbreak has brought to sports.

The GFA were reportedly allocated 500 slots of beneficiaries which the Executive Council determined should to to the 16 elite women’s football clubs in Ghana, with each team asked to provide a list of 30 footballers to be sponsored by the YEA.

In all, the GFA stands to benefit more than GHS 1.5 million in relief efforts from the Government of Ghana through the YEA program.

The National Women’s League had concluded the first round and was set to resume the second round when football activities were suspended in the country on March 15.

The GFA on Tuesday announced it was annulling the 2019/2020 season.

Some Good news for our Female footballers 👏🏾👏🏾 pic.twitter.com/V8EyCDJmnY

See all 700 goals scored by the ‘GOAT’ Lionel Messi [VIDEO]

‘Kotoko CEO job one of the biggest in Africa” -Fred Acheampong

'Kotoko CEO job one of the biggest in Africa" -Fred Acheampong