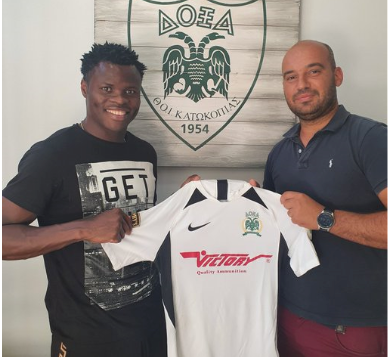 The veteran defender has agreed terms on a one year deal with the club.

Despite being a big name capture for the Doxa it is not unusual for clubs in Cyprus to sign players to short term deals as they prefer to make short term investments for quick gains rather than invest in long term projects.

At the same time the Cypriot Championship remains one of Europe’s oldest with an average age of 27.41 years according to information from the International Centre for Sport Studies (CIES) making it an ideal destination for the 35 year old.

Since leaving AC Milan in 2012, Taiwo has played for seven different clubs, most of them on short term deals including Dynamo Kyiv, HJK Helsinki and Bursaspor.

Stephen Appiah’s volley the greatest goal by a Ghanaian in UCL history? [VIDEO]

Stephen Appiah's volley the greatest goal by a Ghanaian in UCL history? [VIDEO]