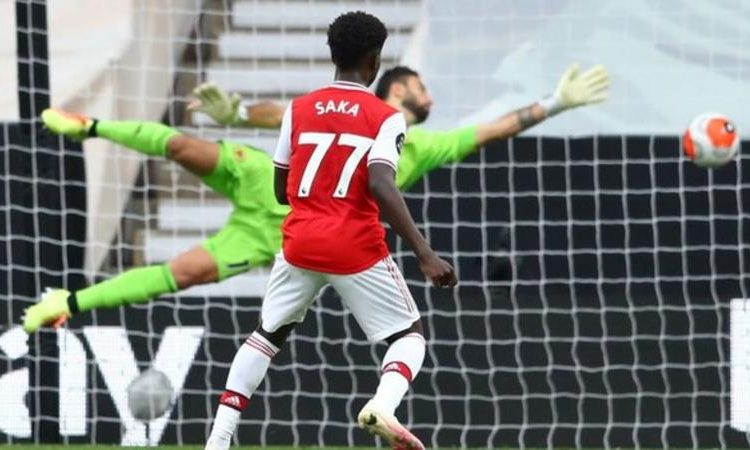 Arsenal dealt a big blow to Wolves’ top-four hopes and boosted their own chances of European qualification with an impressive victory at Molineux.

Gunners academy graduate Bukayo Saka, who signed a new long term contract at the club this week , opened the scoring with a left-footed volley.

Adama Traore spurned the best chance to equalise, before Alexandre Lacazette came off the bench to seal victory for Arteta’s side.

The result means Arsenal climb to seventh in the Premier League, three points behind Wolves who remain in sixth with 52 points.