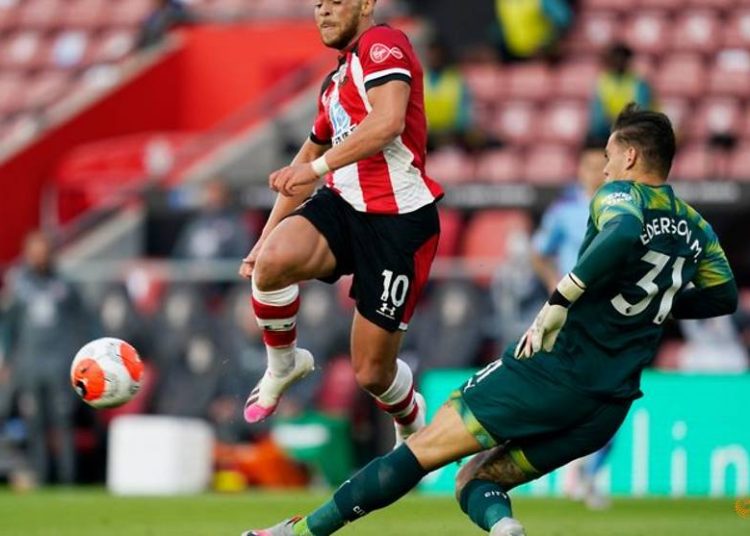 Adams, who joined Saints from Birmingham City for £15m last July, lobbed goalkeeper Ederson with a first-time strike from 40 yards out after Oleksandr Zinchenko had surrendered possession in midfield.

Manchester City manager Pep Guardiola made six changes to the side which thrashed champions Liverpool 4-0 at Etihad Stadium on Thursday, with key playmaker Kevin de Bruyne among those initially rested.

The goal drew an intense reaction from City, as Fernandinho hit the post and the in-form Alex McCarthy kept out David Silva’s header in the aftermath.

The visitors rarely let up thereafter but were repeatedly left frustrated by Saints goalkeeper McCarthy, whose one-handed save from Gabriel Jesus in the second half was the pick of several superb stops.

Southampton had chances of their own amid the increasing City pressure but neither Nathan Redmond nor Danny Ings could convert rare opportunities, while Ederson was alert to Stuart Armstrong’s swerving shot.

There was to be no repeat of City’s comeback to win the reverse fixture 2-1 in November and defeat leaves Guardiola’s side 23 points behind Liverpool, who beat Aston Villa 2-0 earlier on Sunday.