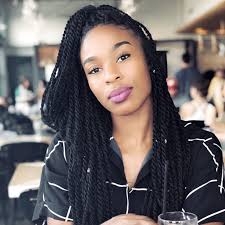 Ghanaian triple jumper, Nadia Eke, has opened up about the struggles of competing in a sport without a professional contract and says the sport of athletics is struggling to attract big sponsors after the retirement of track and field super star Usain Bolt.

Eke has been competing without a professional contract and lives off the International Olympic Committee Scholarship for athletes and still works a full time job to supplement.

The Olympic Scholarship provides funding for selected athletes in each country for an Olympic cycle, which covers training and travel for competition.

Eke is one of two Ghanaian athletes to have already qualified for the rescheduled Tokyo 2020 Olympics which has now been rescheduled to 2021. Sprinter Joseph Amoah, has also booked his spot in the summer games.

The former Triple Jump African champion, who is the national record holder in the event, says it is difficult for athletes like her to get sponsorship because people are losing interest in athletics.

“The GAA and GOC have been giving us advice on what we need to do to keep safe and all of that.

“Fortunately for those of us on the IOC scholarship, that has been rolled over to 2021 so as far as I’m concerned, everything remains the same,” Eke told Athletics Africa.

Explaining why she still doesn’t have a professional contract, the Columbia University graduate explained that athletics is not necessarily a money-grabbing sport.

“I don’t know how much you know about the track and field world but I’m not in an event that everyone wants to watch and everyone wants to put money into. So there’s not really a lot of money out there in the sport.

“When you think about it – Usain Bolt had most of the money in the sport anyway, and now he’s gone.

“So I think there’s been a shift in athletes having contracts anywhere and those that do, it’s not sustainable to live off of that,” she concluded.

Eke also says corporate institutions in Africa are missing out on leverage by not sponsoring athletes.

The lack of sponsorship for African athletes Eke claims is as a result of the limited perception companies have about the athletes.