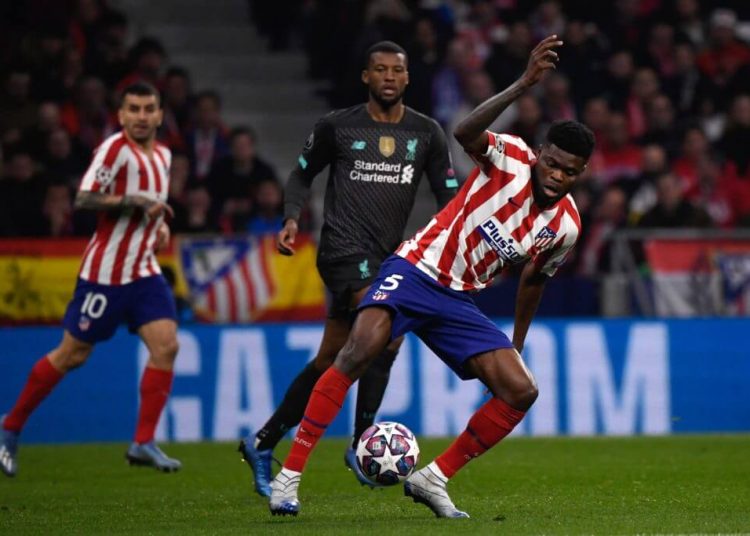 Black Stars and Atletico Madrid star, Thomas Partey is the midfielder with the most successful dribbles in Europe’s top leagues according to football stats site, whoscored.com.

The Ghanaian international has a dribbling success rate of 88.6%, topping Chelsea’s Mateo Kovacic- who came second with 86.6% and Bayern Munich’s Thiago Alcantara with 85.5%.

The rate card by whoscored.com consider players who have attempted more than 50 dribbles how successfully they evade their opponents.

The 27-year-old has established himself as one of the best box-to-box midfielders in Europe and has played an integral part Diego Simeon’s team this season.

The midfielder with his sterling performances this season has been rumoured to be on the radar of Arsenal and a host of other Premier League clubs, with Gunners fans especially, seemingly interested in the move.