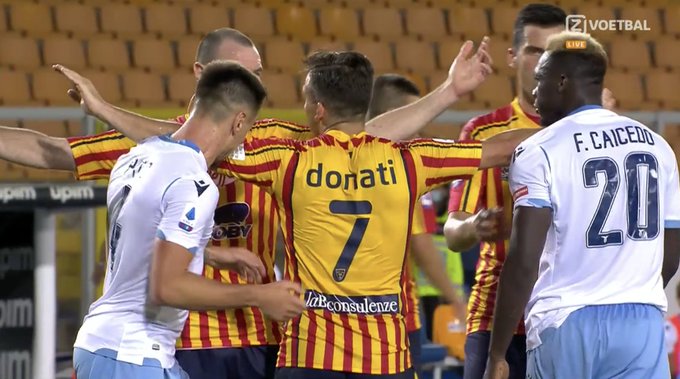 Move over Luis Suarez, there’s a new biter in town.

Lazio defender Patric was sent off for biting an opponent in a Serie A game on Tuesday.

Patric was captured sinking his teeth into the arm of Lecce player Guilo Donati.

The referee did not see the incident but sent off Patric after a review by the Video Assistant Referee (VAR).

There are suggestions that Patric could face a lengthy ban, particularly due to the strict COVID-19 protocols the players are expected to adhere to. 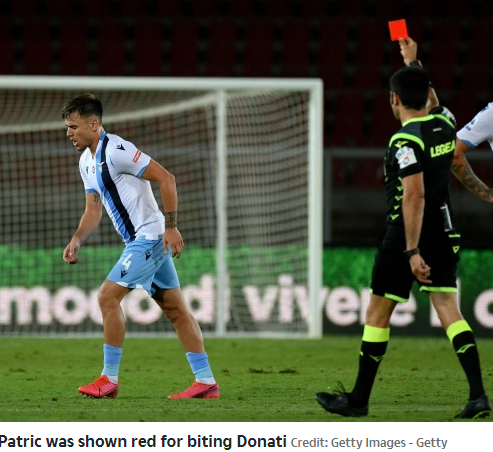 Second-placed Lazio who has been seriously challenging Juventus for the title prior to the lockdown have fallen off the pace since the resumption of the season. 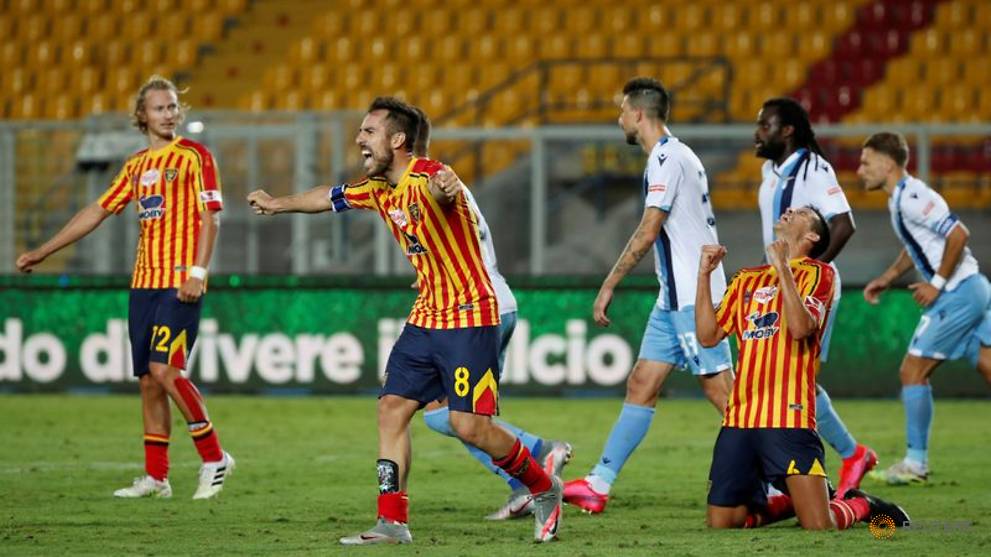 They are now seven points of the top having won just two out of their five matches since the restart, including last night’s 2-1 loss to Lecce.

Take a look at a video of the incident and the reaction on social media below.

One of the worst players I have ever seen, hopefully he’s banned for the remainder of his contract

mate, even I wouldn’t mind to bite some donati pic.twitter.com/QEZrMsyLSe

Suarez has had some impact on the Football world.

Someone give Patric a snack ffs
man is hungry pic.twitter.com/3LgZxxGSls