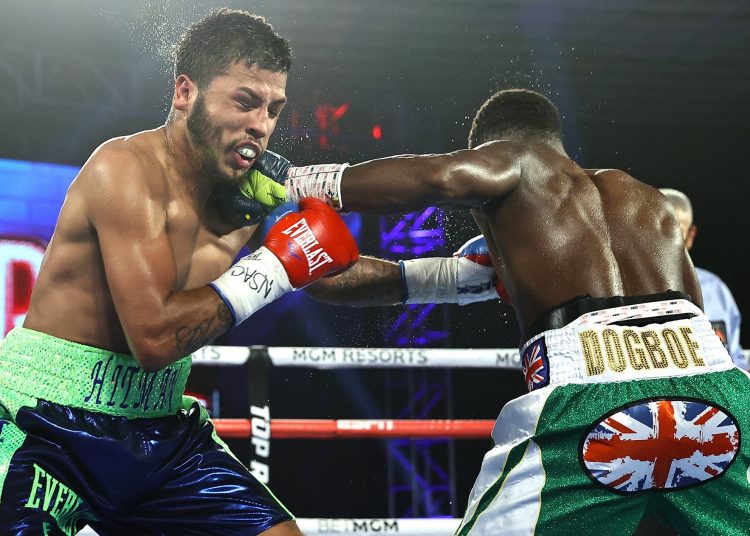 Ghanaian boxer, Isaac Dogboe has said he’s just getting started, after returning to the ring with an impressive win over Chris Avalos earlier this week.

Referee Russell Mora waved off the fight two minutes 25 seconds into the eighth round to hand Dogboe a TKO victory.

The win, which takes Dogboe’s record to 21-2, is sure to be a major confidence booster for the young boxer, who had stated that he was in great shape physically and spiritually prior to the fight.

He was coming off two very disappointing losses to Emmanuel Navarrete, which forced him into a break, before he rose to the featherweight division for the Avalos bout. 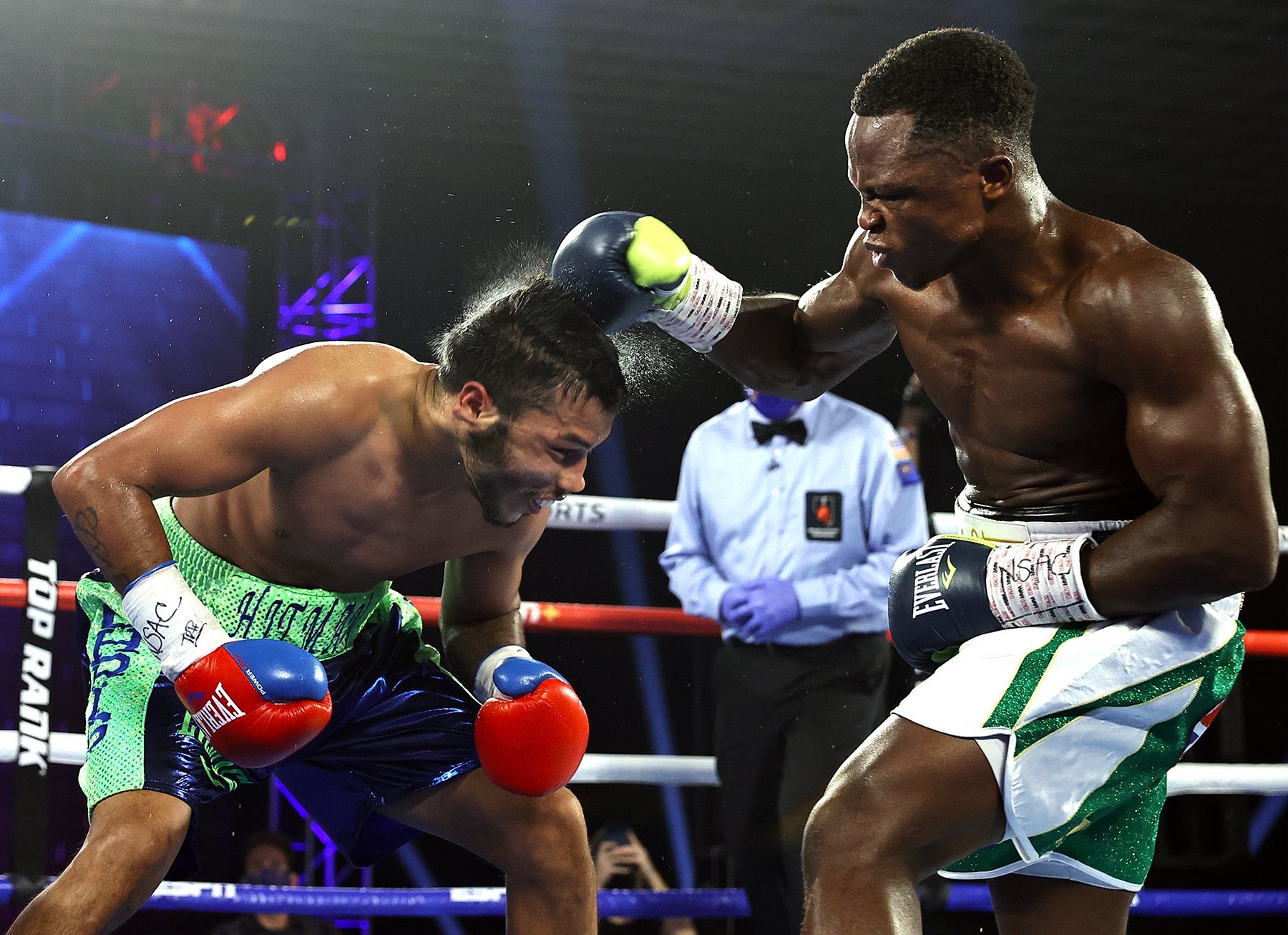 Dogboe who recently started training with Barry Hunter, said after the win that he feels great after his long hiatus

“I was off for 14 months. This was a long time coming. I felt great with my new trainer, Barry Hunter. We’re only getting warmed up,” he said.

Dogboe’s win might have been dominant but this victory over Avalos, who has now lost five of his last six fights, clearly won’t go to his head.

There have been suggestions that his rise to the featherweight division might also be temporary, as his height (5′ 4″) put him at a significant disadvantage.

Even his trainer, Hunter has indicated that he would like to see the young Ghanaian drop back down.

Here are the final moments of Dogboe’s win:

VIDEO: Granada move is perfect for my career – Mubarak Alhassan

VIDEO: Granada move is perfect for my career - Mubarak Alhassan