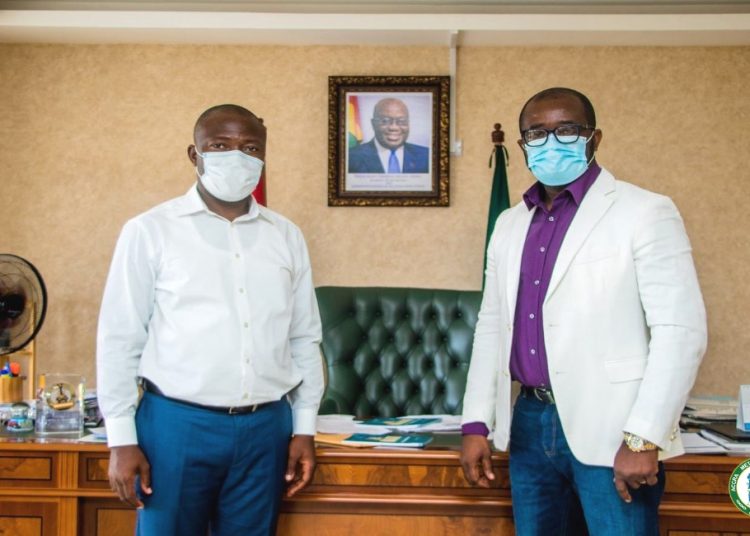 The Ghana Football Association has entered into agreement with the Accra Metropolitan Assembly that will see the city of Accra beautified with the erection of monuments and the painting of murals of past Ghanaian football heroes.

This follows a call by the Mayor to corporate bodies and individuals to adopt, green and beautify open spaces in the city in line with the project dubbed  #AccraforArt initiative which was launched in 2019.

The idea which seeks to erect monuments and decorate public walls with colourful murals of football heroes both past and present was proposed on Friday when the newly elected President of the GFA, Kurt E.S. Okraku, accompanied by his Head of Marketing, Jamil Maraby called on the Mayor Sowah at the City Hall in Accra.

Beautifying Accra: AMA to partner GFA to erect monuments, paint murals of football heroes.@MayorAdjeiSowah has welcomed a proposal from the @ghanafaofficial to support the city's beautification drive…https://t.co/y1BEqg4a4S pic.twitter.com/d7kGZQCifv

Mayor Sowah in welcoming the request said the idea forms part of the Accra for Art project an initiative to beautify the city to curb the indiscriminate posting of bills on public walls and to promote tourism adding that the assembly was in a hurry to set the ball rolling.

He noted that the assembly was working with a team of graffiti experts.

He also intimated that sports was a golden opportunity to turn-around the economies of local communities and urged the GFA to take advantage of the introduction of astroturf in communities to bring back the vibrancy and excitement associated with local football since the proximity of sporting facilities in communities goes a long way to encourage and unearth talents.

“The introduction of astroturf in our communities has helped us to, first of all, to capture the open space people had encroached upon. It has provided a modern field for playing football and I think the GFA must capitalise on this golden opportunity to bring back the vibrancy and excitement of local football. This is because the proximity of sporting facilities in communities goes a long way to encourage and unearth talents,” he said.

The GFA President, Kurt E.S. Okraku on his part said the AMA could use the association’s premier league platform among others to position its brand as well as embark on educational campaigns to help advance its cause.

“From day one we have been looking for ways to build very good relationships with state and private institutions because football cannot be managed in isolation. Football, as we all know, is the passion of the nation and it permeates through every facet of our life. The football platform is huge and AMA can harness the potential on the football platform. AMA also has a huge platform where the football industry can also harness its potential and we think that we can do something together.