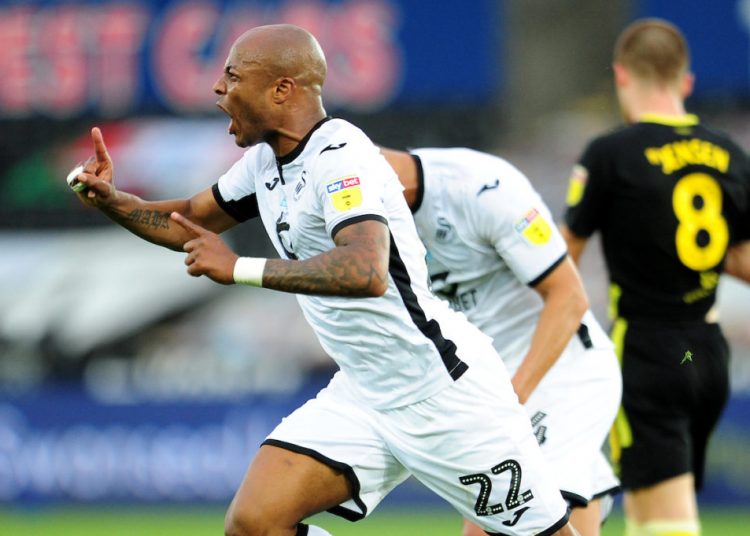 Black Stars forward, Andre Ayew missed a penalty before going on to score a wonderful half volley in the first leg of the Championship play-off against Brentford.

The 1-0 victory handed Swansea the advantage in the semi final first leg with the return fixture set for Wednesday.

Ayew‘s last 4 goals had all been penalties – his 18th goal of the season for Swansea was the first from open play in 13 appearances.

His effort was beautifully hit on the half-volley and flew into the back of the net.

The 30-year-old could have had two goals in the game but missed a penalty in the 64th minute after his shot was superbly blocked by Brentford goalkeeper David Raya.

The winner of Wednesday’s semi final tie between Swansea and Brentford over two legs will face the winner of Fulham and for a place in the Premier League next season.