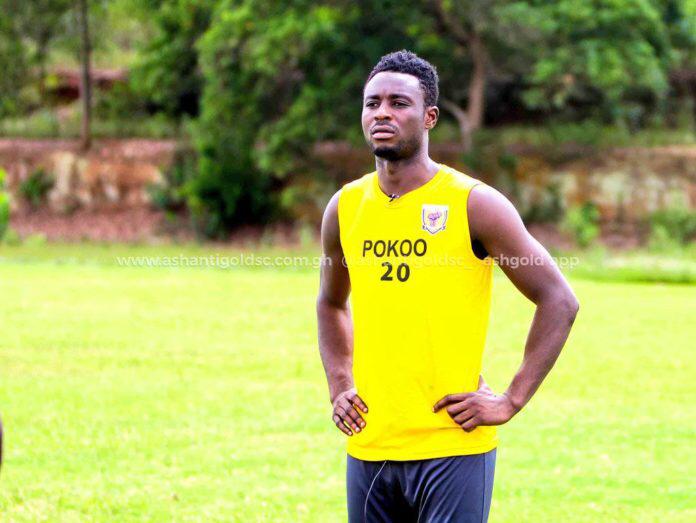 Chief Executive of Ashgold, Emmanuel Frimpong and new head coach of the club, Roberto Landi have given contradicting views on Shafiu Mumuni.

Shafiu Muhammed has been in and out of the Ashgold setup and has not featured in any game for the Obuasi-based club after his exploits in the WAFU tournament in 2019 where he finished as the top goal scorer of the competition.

In an interview with Fox FM, the CEO of Ashgold disclosed that the head coach does not want the services of the striker as his contract with the club has ended.

“Shafiu [Mumuni] is not in our plans. The head coach claimed Shafiu is not needed in the team [AshantiGold] because we have signed his replacement. His contract has ended.

In a varying account by Landi, 64, he told Oyerapa FM he had not yet personally assessed the player and was in no position yet to determine whether he was in his plans or not.

“I don’t know, it’s his opinion, not my opinion. It is his personal opinion because I have not gotten time to do clear and exact evaluation. Everywhere in this world, the coach must assess and evaluate the players so I decide on those I like and those I don’t.”

“No, it’s not my opinion. I know him but I need time to evaluate all the players and make a decision, I need time, that’s the professional way,” he added.

Shafiu Mumuni in his time with Ashgold was the skipper of the team and was the team’s leading goal scorer in the league and CAF Confederation Cup competitions.

He was expected to sign a deal with Romanian side CFR Cluj in January but the move was called off due to several unreported reasons.

The 25-year-old striker is also on the radar of rivals, Kumasi Asante Kotoko who are keen to bolster their attacking options ahead of the CAF Champions League exploits.