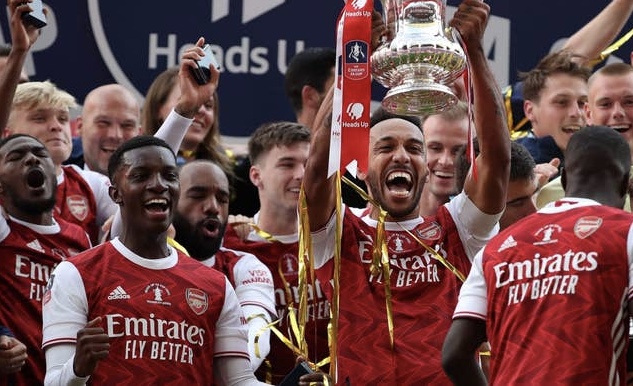 Nketiah, picked up the second major title of his career, as Arsenal came from behind to beat Chelsea 2-1 in the FA Cup final at Wembley.

The 21 year old forward, born in England to Ghanaian parents, has already represented England at Under 21 level.

However, the Ghana FA, is reportedly keeping an eye on the forward, with plans to convince him to opt for Ghana at senior level.

The GFA official Twitter handle congratulated the forward after the game, a move that received mixed reactions from Ghanaian football fans.

We need him as soon as possible

If you they call you to join the national team don't go oooooo, all this congratulations thing is a trap

You think he will play for Black Stars???
Tweaaaaaaaa

Still he won't play for Ghana