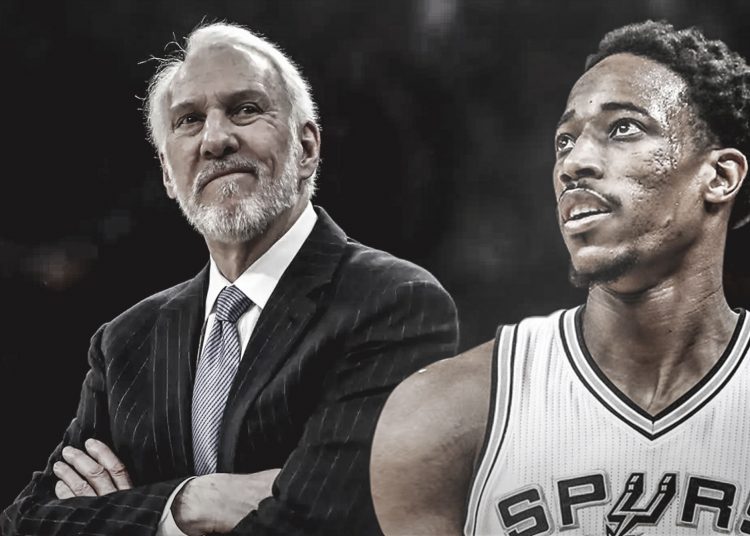 San Antonio’s record-tying run of 22 consecutive postseason appearances is over, with the Spurs being eliminated from contention for a Western Conference play-in spot Thursday.

The Spurs were officially ousted when Memphis defeated Milwaukee and Phoenix completed an undefeated eight-game run in the NBA’s restart bubble at Walt Disney World with a victory over Dallas.

Those games went final shortly before San Antonio was playing its final game of the season, against Utah. The Spurs needed the Grizzlies or the Suns to lose to have any chance of getting into the West play-in series that begins Saturday to decide the NBA’s final postseason berth.

The 22-year run of playoff spots tied the Philadelphia 76ers’ franchise for the longest in NBA history. The 76ers, starting as the Syracuse Nationals before moving to Philadelphia, went to the playoffs every year from 1950 through 1971.

With San Antonio out, the longest active postseason streak now belongs to the Houston Rockets. They’ll be in the playoffs for the eighth consecutive year starting next week.

This is how long the streak, all of it with Gregg Popovich as head coach of the Spurs, went: David Stern wasn’t even halfway through his 30-year run as commissioner when the Spurs’ streak started. The Charlotte Bobcats — that’s what today’s Hornets went by then — were still 6-1/2 years from playing their first game. Pat Riley was still coaching the Los Angeles Lakers.