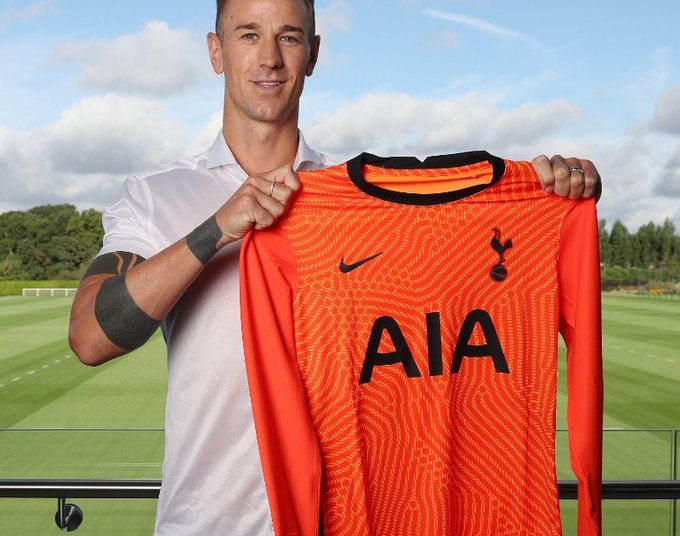 Tottenham have completed the signing of goalkeeper Joe Hart on contract until 2022.

Hart successfully underwent a medical on Monday and will compete with Paulo Gazzaniga for Hugo Lloris’ No 1 spot in Jose Mourinho’s squad next season.

The 33-year-old became a free agent after his contract came to an end at Burnley at the end of last season, in a campaign where he made just three appearances in all competitions for the Clarets in 2019/20.

He started one match in the Carabao Cup and two in the FA Cup, spending the season as the second choice goalkeeper at Turf Moor behind Nick Pope.

Hart becomes Tottenham’s second signing of the summer transfer window, with Pierre-Emile Hojbjerg having arrived from Southampton for an undisclosed fee.

Hart won the Premier League title twice, the League Cup twice and one FA Cup during his time at Manchester City, but has struggled for form and regular first-team action in recent campaigns.

Tottenham announced the signing on their official twitter handle on Tuesday.