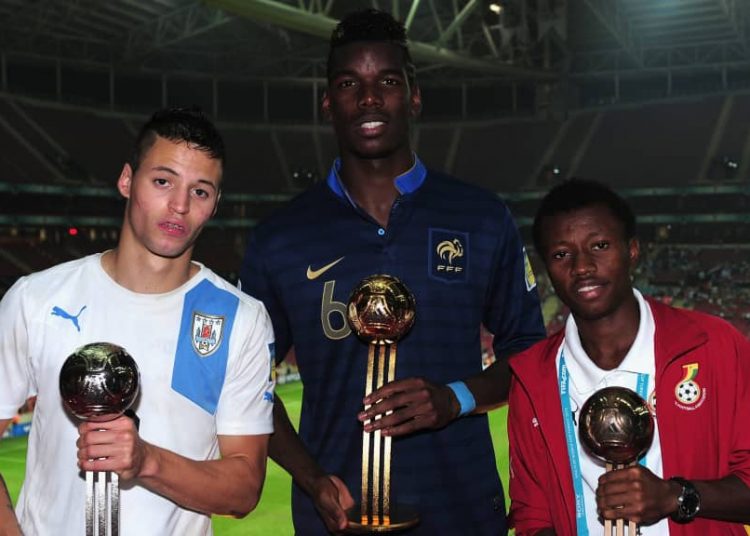 Former Ghana youth star, Clifford Aboagye, says he is not bothered by the constant comparison of his career path to that of France’s world cup winning midfielder Paul Pogba.

Aboagye and Pogba shared the podium in 2013 after he was named the third best player of the FIFA U-20 World Cup in Turkey, with Pogba winning the best player.

Seven years on, Pogba is one of the biggest players in world football while Aboagye is on loan at FC Tijuana in the Mexican league.

But, the former Inter Allies and Granada star feels he has done great for himself since that tournament in Turkey.

“To be frank, it hasn’t been frustrating,”he said in an interview with Muftawu Nabila

“Thank God I have a lot of years ahead of me, that is what I have to concentrate on, rather than thinking about the fact that because I played the same tournament with Paul Pogba and the likes, so I think have to be there.

“Of course it is positive to think you can really make it to the top, but the comparison is not for me,” he concluded.

Aboagye made ten appearances and scored one goal in the now truncated 2019/20 Mexican league season.