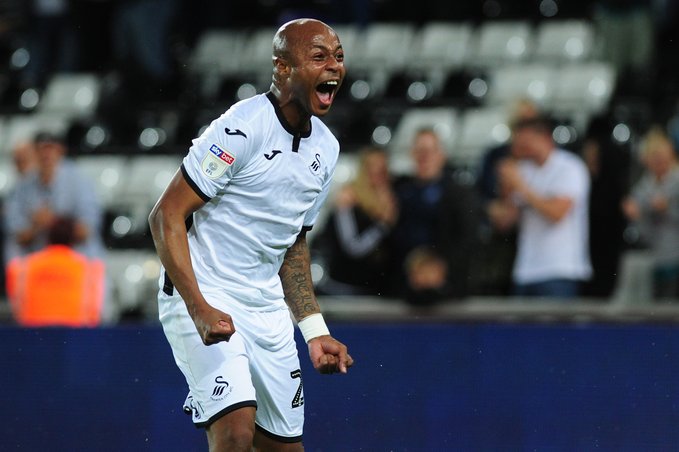 🥇 Our players’ player of the season is…

Ayew who put on outstanding performances for the Welsh club this season, came close to helping the club make a return to the Premier League but unfortunately, Swansea lost in the play-off semi-finals to Brentford.

The awards were held virtually this year as the original awards event – in conjunction with the Executive Fundraising Committee and Supporters Trust – was cancelled due to the coronavirus pandemic.

🥇 Our supporters’ player of the season is…

The Ghana International’s performance this season has attracted interest from several clubs including PSG amidst rumors that he will be leaving the Swans in the summer.

🥇 Our goal of the season goes to…@WayneRoutledge v Reading