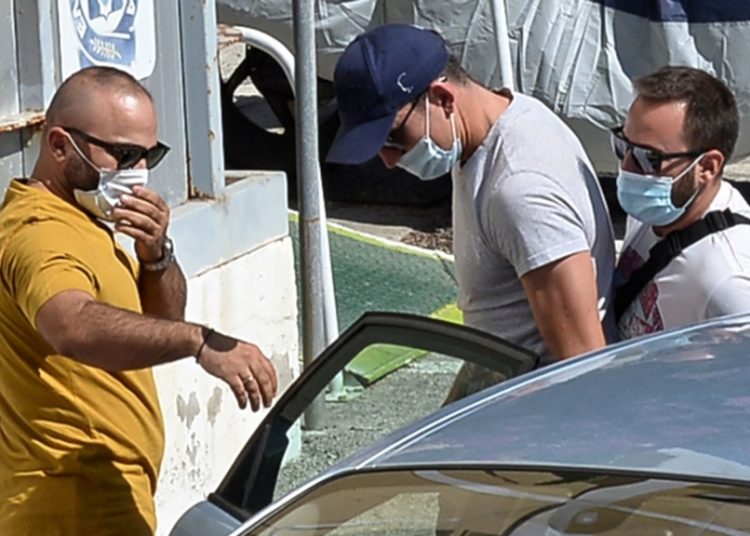 It has emerged that Manchester United captain Harry Maguire was arrested after trying to help his sister who had been stabbed in the arm by a “gangster-style” Albanian businessman.

Sources last night said the Manchester United ace was with partner Fern Hawkins in a bar in Mykonos on Thursday when his sister Daisy was approached by a group of Albanian men.

One of the men — described by sources as “gangster types” — started chatting up Daisy.

And when she turned him down, she was jabbed in the arm with a sharp metal straw, drawing blood and causing her to faint. Harry then stepped in before a fight broke out.

A source said: “Harry saw what was happening and remonstrated with them and things got heated.

“He decided to try to get out of there and wanted to hail a taxi. But he ended up arguing with some undercover police officers and ended up at the local police station.”

Maguire, 27, and his pals had also been furious a day ­earlier after bar staff refused to tackle Brits who taunted him.

After his arrest, he spent the rest of the night in a detention room at Mykonos police station, where he charmed cops by chatting with them about footie.

They brought the United ­captain snacks until he was taken on a ferry to neighbouring Syros at 2pm on Friday. He spent the night in a cell there.

The £190,000-a-week footballer was then bailed and told he could leave the country after he denied a string of charges for assault, verbal abuse and bribery on Saturday.

He is thought to have returned to the UK on Sunday.
Source: The Sun
ShareTweetSend
Previous Post

Chelsea could pull out of Ben Chilwell deal - Reports