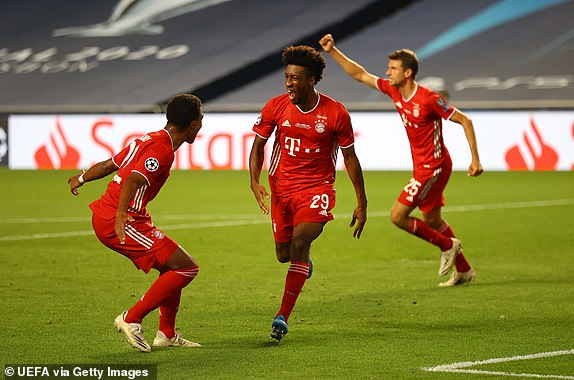 Aside from relatively being the ‘final’ match of the European football season, it also featured two of the world’s most exciting attacking teams.

So obviously, many football lovers would have been desperate to watch the match, anyhow they could.

This desperation led to over 11, 000 football fans being tricked into watching a match between Bayern Munich and PSG that took place in 2017.

And it wasn’t even a knockout game. 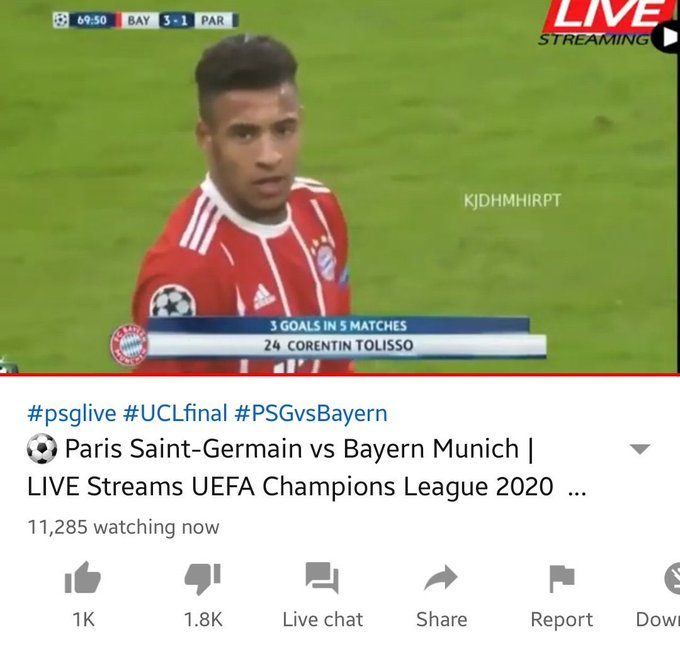 The first sign that something was wrong should have been the thousands of fans in the stadium, cheering on their respective teams in the group stage match.

Due to the restrictions brought on by the COVID-19 pandemic, the knockout rounds of the UCL, after the Round of 16 were all played in Portugal with no fans present in the stadium.

Robert Lewandowski put Bayern Munich after eight minutes in the ‘fake’ live stream, which was completely deceptive, as the first half of the actual final ended goalless.

Kingsley Coman scored the winning goal as Bayern won their 6th European crown, meaning the result wasn’t different in both games as Corentin Tolisso’s brace gave the Germans a 3-1 win in the 2017 match.

The Bayern side featured Frank Ribery and James Rodriguez while Dani Alves was in PSG’s jersey at the time as well.

On social media, lots of people were astounded that so many people were deceived by the fake steam.

Think the 11,000 people unknowingly watching this game from 2018 might be waiting a while for that Coman goal pic.twitter.com/3LuBiJkl7X

They all think Bayern win the match 😀 https://t.co/wGkSDzlxUY

Despite the kits being completely different surely these people would have noticed the fans in the stadium? 😂😂😂 https://t.co/fDfKtnLBXd