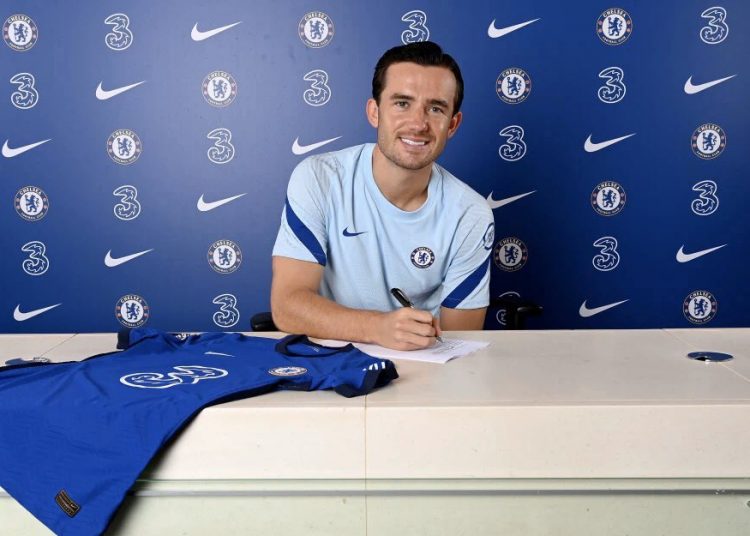 The deal is reportedly worth £50m, with the England international earning a weekly wage of £190,000 pending his medical and checks on his heel injury.

Chilwell said: ‘I am delighted to be joining Chelsea at this very exciting time for the club.

‘I’m looking forward to being a part of this young, dynamic squad led by Frank Lampard as we challenge for honours next season.

‘I can’t wait to get started and hopefully it won’t be long before we’re playing in front of the Chelsea fans at Stamford Bridge.’

Signing a new left-back, and Chilwell, in particular, was a big transfer window priority for Lampard.

He has long been Lampard’s No.1 choice for the position and, as revealed by the Daily Mail in October, Chelsea had emerged as frontrunners for his signature following previous interest from Manchester City.

He joined the club in 2009, came through the ranks and has made 123 appearances for Leicester, scoring four times.

Chelsea director Marina Granovskaia added: ‘We are very pleased to have completed our third addition to our exciting squad for the coming season.

‘Ben brings plenty of top-level experience playing in the Premier League, Champions League and at the international level, despite his young age.

‘We are confident Ben will adapt very quickly to being a Chelsea player and with the fixture programme for 2020/21 especially busy, he is a fantastic addition to the squad needed to challenge for honours.’

Cristiano who? Take a look at the BEST Ronaldo to ever play football [VIDEO]