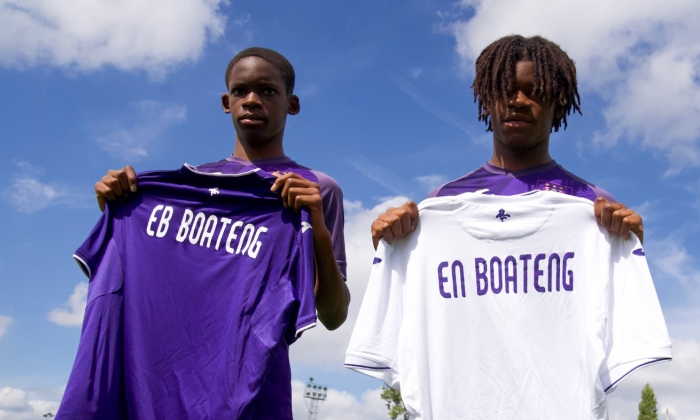 The duo signed the contract after spending five years at the club.

The 15 year old talents were discovered by the club at the age of 10 in 2015, after which they were persuaded by youth manager Jean Kindermans to participate in the training program of the academy.

Enock Agyei will be drafted into Craig Bellamy’s U-21 team, whereas his brother Ebenezer Agyei will continue with the U-16 side in the upcoming season.

The twins will have the name BOATENG on their jerseys as a tribute to their mom who was instrumental in their move to Anderlecht.