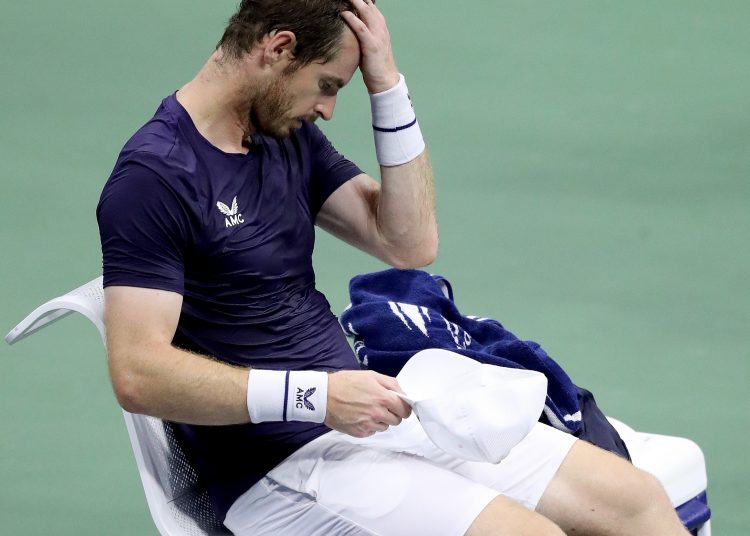 Andy Murray was overpowered by Felix Auger-Aliassime in the US Open second round, losing 6-2 6-3 6-4 in New York.

Murray, 33, came back from two sets down in his first-round match on Tuesday but never threatened to do the same against the 20-year-old Canadian.

He was not able to create a break point against the 15th seed, who hit 52 winners to Murray’s nine under the roof on Arthur Ashe Stadium.

Auger-Aliassime will face Britain’s Dan Evans or Corentin Moutet next.

The British number one and France’s Moutet must finish their second-round match on Friday after heavy rain stopped play on Flushing Meadows’ outside courts.

“He got quite a lot of free points with the first serve, and then even when I was getting a racket on it he was able to dictate off the first shot of the rally,” said Murray.

“Physically, I actually did pretty well I thought in the first round. But I think the more tournaments that you play, the more matches that you play, you build up that sort of robustness in your body which right now I don’t really have.”