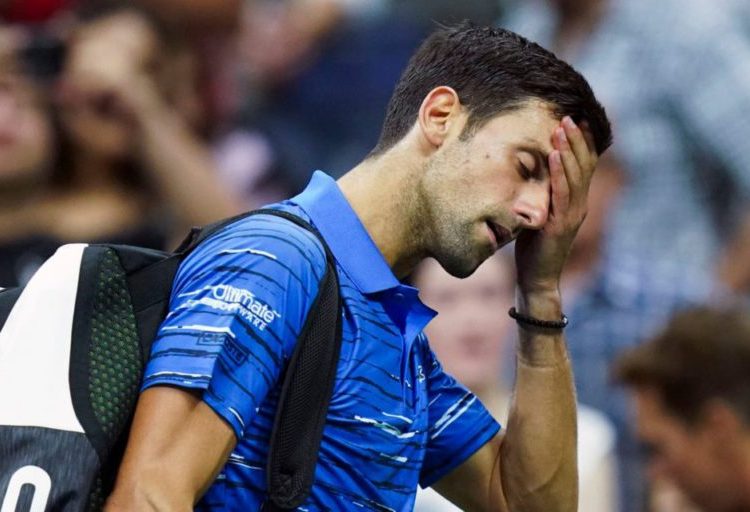 Top seed, Novak Djokovic, says he is sad and feeling empty after his disqualification from this year’s US Open.

The Serbian showed his frustration after losing serve to trail 6-5 against Spain’s Pablo Carreno Busta, hitting the ball against a line judge.

Djokovic one took a ball out of his pocket and hit it behind him, striking the female line judge in her throat.

The result means Djokovic will have to wait for the French Open later this month in his quest for his 18th grand slam title.

The 33 year old tweeted after the incident and apologized for his behavior.

This whole situation has left me really sad and empty. I checked on the lines person and the tournament told me that thank God she is feeling ok. I‘m extremely sorry to have caused her such stress. So unintended. So… https://t.co/UL4hWEirWL

Djokovic was the heavy favourite to win the men’s singles title at the US Open, which is being played behind closed doors and is the first Grand Slam to take place since the beginning of the coronavirus pandemic.