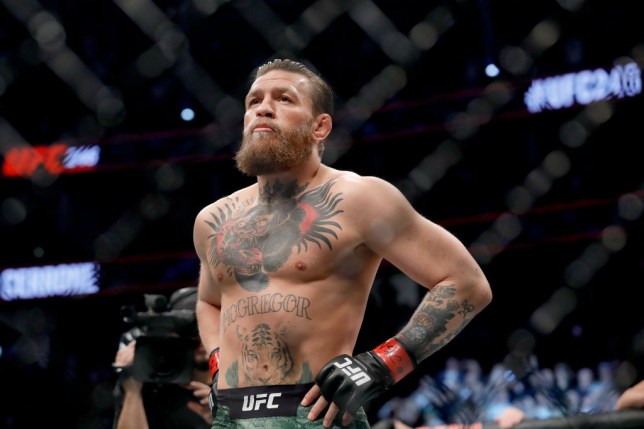 Former UFC star Conor McGregor was arrested in the Corsica region of France this week on allegations of attempted sexual assault and indecent exposure, per Agence France-Presse (h/t the Daily Mail).

According to TMZ Sports, McGregor’s representative said: “Conor McGregor vigorously denies any accusations of misconduct. He has been interviewed and released.”

Prosecutors in France said the following regarding McGregor and the circumstances surrounding his arrest, per Agence France-Presse (h/t TMZ Sports): “Following a complaint filed on September 10 denouncing acts that could be described as attempted sexual assault and sexual exhibition, Mr. Conor Anthony Mac Gregor was the subject of a hearing by the gendarmerie services.”

TMZ Sports reported McGregor and his fiance, Dee Devlin, had been sailing around the Mediterranean on their yacht. The alleged attempted sexual assault and indecent exposure reportedly occurred at a bar.

The 32-year-old McGregor is a native of Ireland and was one of the biggest draws in the history of UFC. With a record of 22-4, McGregor announced his retirement from fighting in January after beating Donald “Cowboy” Cerrone by first-round technical knockout at UFC 246.

McGregor has retired and returned before, and it has been expected he will eventually return to the Octagon.

On Friday, McGregor tweeted that the United States Anti-Doping Agency arrived on the yacht to test him and that he would submit to the drug testing despite his retirement:

The arrest is not McGregor’s first legal issue.

After throwing a steel dolly through the window of a UFC bus before UFC 223, McGregor was arrested and charged with multiple felonies. He plead guilty to disorderly conduct, which resulted in a sentence of community service, anger management evaluation and restitution.

McGregor was also arrested last year after allegedly smashing a fan’s cellphone in Miami Beach, but the charges of felony strong-armed robbery and criminal mischief were dropped.