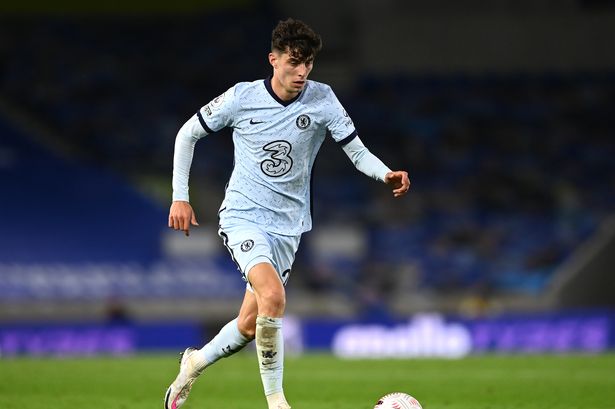 New Chelsea signing, Kai Havertz has admitted the Premier League is much tougher than the Bundesliga after taking in a testing debut for Chelsea against Brighton.

Big things are expected of the Germany international in English football, with Frank Lampard investing £70 million ($91m) worth of faith in the talented 21-year-old.

Adjusting to new surroundings is never easy though, especially for one so young, and Havertz is going to need time to find his feet.

That became clear in an outing against the Seagulls, with a creative spark missing from a man who usually experiences few struggles on that front.

Chelsea are prepared to be patient with a player of such potential and are hoping that others, on the back of an elaborate spending spree, can step up as a collective and counter any dips from individuals.

Havertz is expected to burst into life at some point, but for now he admits that he is still coming to terms with the demands of a division that presents considerably more tests than the one he left behind at Bayer Leverkusen.

“It was a very tough game, very difficult because I had long holidays and I came back and trained for five or six days with the team,” Havertz said in the Evening Standard after taking in 80 minutes of a 3-1 win over Brighton.

“More important is that we won so I am very happy to make my debut.

“The Premier League is much tougher than the Bundesliga. I have seen that in training and saw it in the game as well. But I am happy to play 80 minutes and hopefully next week I will continue.”

Things are not about to get any easier for Havertz as Chelsea’s next outing will see them play host to reigning Premier League champions Liverpool.

Big occasions tend to bring out the best in top talents, though, and Havertz is looking forward to locking horns with Jurgen Klopp’s side.

He added: “Of course they are one of the best teams in the world. We show respect but we are a very great team as well.

“It will be a very hard game but for them also. We will work hard and I think we will have a chance to take points.”

While Havertz toiled for the most part against Brighton, fellow countryman and another summer signing by Chelsea, Timo Werner, caught the eye with a lively performance that saw him win a first-half penalty.