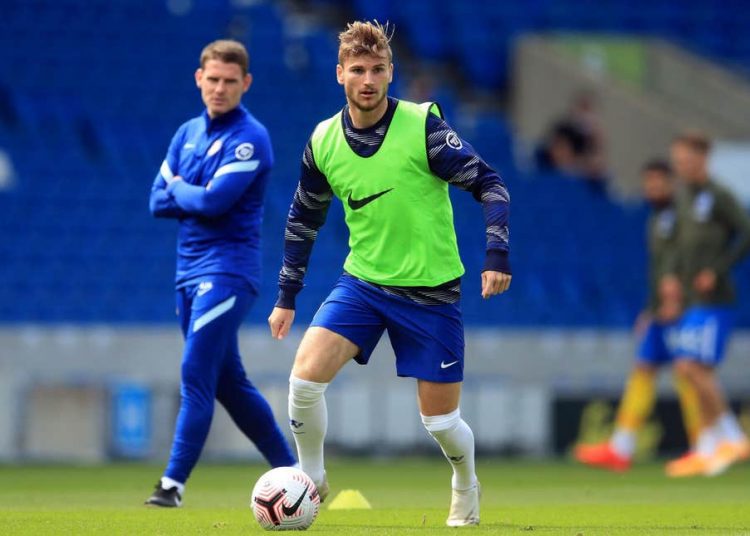 Liverpool may live to regret not making a move for Timo Werner, concedes Jamie Carragher, but the Reds legend is eager to point out that the Chelsea new boy would not get into the Reds’ team at present.

Jurgen Klopp mulled over a move for a fellow countryman at the start of the summer transfer window.

The reigning Premier League champions ultimately opted against entering into negotiations with RB Leipzig and the Germany international has ended up in England at Chelsea.

A bright start has been enjoyed to his time at Stamford Bridge, with a lively competitive debut taken in against Brighton.

There have been suggestions that Liverpool should have invested in the 24-year-old, given his current ability and future potential.

Many have called for the Reds to bolster their attacking options, with there little depth to be found in that department at Anfield.

Mohamed Salah, Sadio Mane and Roberto Firmino continue to shine, though, and their presence means that fresh faces will find it hard to see minutes.

With that in mind, Carragher can understand why Klopp did not join the bidding for a man who would have expected to land a regular role in new surroundings.

The Reds legend told Sky Sports when asked if Werner could be one that got away: “He could be.

“Right now, he wouldn’t get in the Liverpool front three.

“Watching him for Leipzig, you think about how much he loves that left channel.

“For Liverpool, you think of the greatest striker in the Premier League in Thierry Henry – who used to favour that left-hand side.

“He can play left of the front three, but predominantly, he will be the central striker.”

Chelsea used Werner down the middle against Brighton and saw him win a penalty and trouble the Seagulls defence throughout in a 3-1 win for the Blues.

Liverpool saw their own frontline fire in their 2020-21 opener, as Mohamed Salah netted a hat-trick in a 4-3 thriller with Leeds, but alternative options would be welcomed on Merseyside.