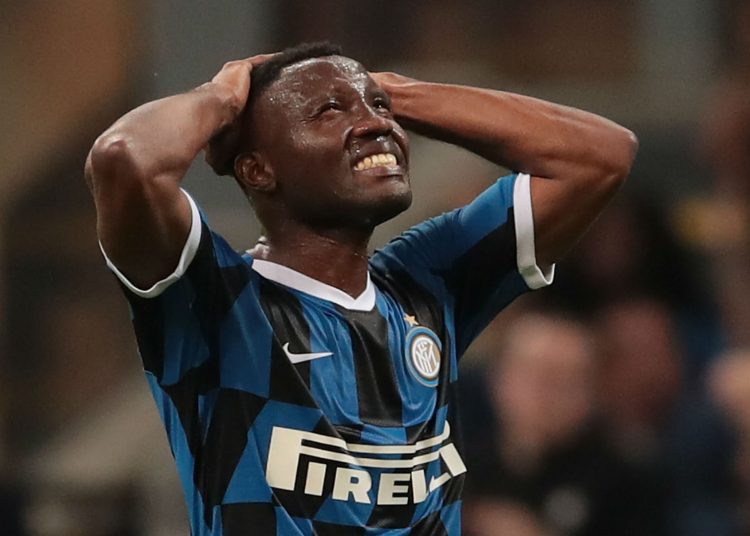 Inter Milan are set to terminate the contract of left back Kwadwo Asamoah in the coming days, according to reports from Italy.

The Ghana international has struggled for game time under Antonio Conte and is reportedly not part of former Chelsea manager’s plans for the 2020/2021 season.

Kwadwo #Asamoah is not in #Conte’s plans. #Inter are working to sell him (in Serie A or abroad), but they have also opened talks for the termination of the contract (expires in 2021). #transfers

Asamoah had a fruitful time with Conte during their time together at Juventus – where the Italian tactician transformed the Ghanaian into a left wing back.

However, the 31-year-old has now been frozen out of Inter Milan first team setup, after several injuries.

Asamoah was dropped from Inter’s 41-man squad for the knockout round of the Europa League where they finished as runners up to Sevilla.

The former Juventus player joined Inter on a free transfer in the summer of 2018 and has since played 53 games for the clubs in all competitions.

Maybe he is slightly better: Ronaldo on Messi comparison

“I never had a problem with Gareth Bale” – Zinedine Zidane

"I never had a problem with Gareth Bale" - Zinedine Zidane