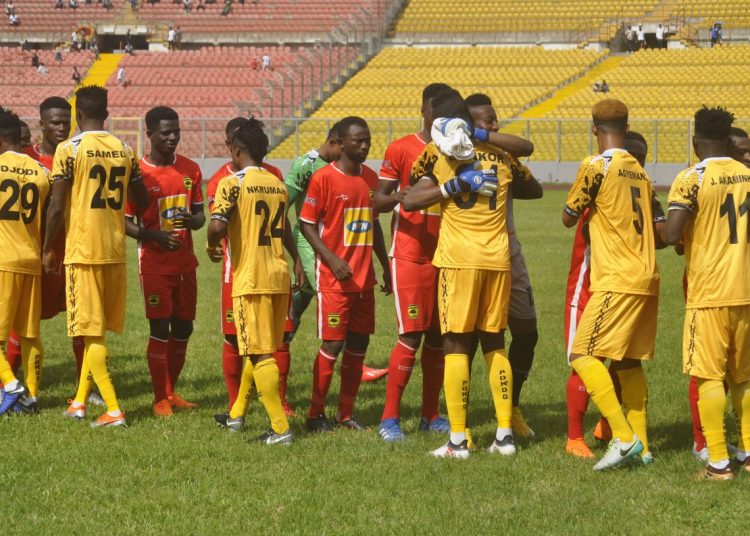 The Director General of the National Sports Authority, Professor Peter Twumasi has revealed that government will assist Kumasi Asante Kotoko and AshantiGold with $350,000 ahead of their participation in the CAF Inter-club competition.

The two clubs will be representing Ghana in next season’s CAF Inter-club competitions.

Kotoko will participate in the CAF Champions League, with AshantiGold SC taking part in the CAF Confederation Cup.

Both clubs have already confirmed their participation by writing to the GFA, who selected the teams after the annulling of the 2019/20 season due to the Coronavirus pandemic.

They were chosen as per the relevant provisions of the CAF inter-club football Regulations which stipulate that in the absence of a champion for a member association, the representatives for the previous season shall be made to represent that country.

“Government will give Asante Kotoko and AshantiGold $200,000 and $150,000 respectively for their qualifications to play in the Caf Champions League and Confederation Cup competitions,” he said in an interview with Sikka FM.

The 2020/21 CAF Inter-club competitions are expected to begin in November this year.

#Donkomi: Liverpool confirm the signing of Diogo Jota from Wolves