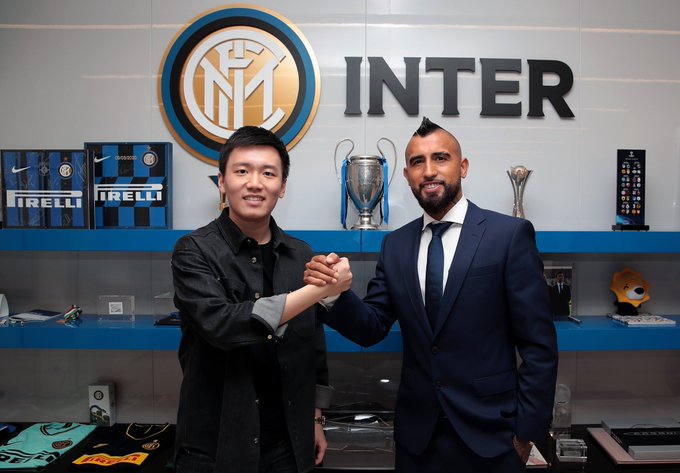 Arturo Vidal has signed his two-year contract with Inter, including an option for a third, after arriving from Barcelona for free.

It was reported initially that Barca wanted €1m to release the midfielder, but instead the deal was done for only performance-related bonuses.

He flew in on Sunday night at Linate Airport, had his medical on Monday morning and signed the contract at the Inter HQ that afternoon.

The official announcement was not made until Tuesday morning.

It is a return to Serie A for the 33-year-old Chile international, who wore the Juventus jersey from 2011-15.

He worked with coach Antonio Conte to win three consecutive Serie A titles and is reunited with the tactician at San Siro.

Vidal’s previous clubs include Bayern Munich and Barcelona, who he joined in 2018.

He made 124 Serie A appearances for Juve, scoring 35 goals and providing 22 assists.