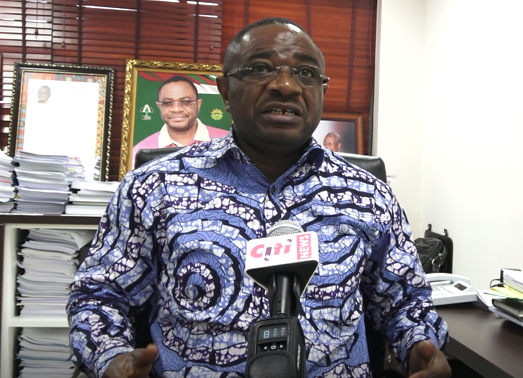 Ranking Member for the Parliamentary Select Committee on Sports and Culture, Hon. Kobena Woyome, has criticized the National Sports Authority for staffing their regional offices with unqualified personnel.

The NSA has received backlash for being ineffective in their handling of sports regulation in the country, with the Ministry of Youth and Sports largely overshadowing their efforts.

The NDC Member of Parliament for South Tongu has put the NSA’s perceived incompetence down to putting square pegs in round holes.

“I can tell you for instant in our regional NSA offices, if you go to those places, some people who probably have no qualification whatsoever and understanding of sports are the people manning those places, he said in an exclusive interview with Citi Sports.

“Even in the Federation itself, we need to build capacity and when you understand a particular area of sports and you are the one in charge, with the confidence, you can go out there on your own and talk to a private entity and be able to attract,” He continued.

“It is about packaging your brand and giving it out and somebody buying into it.” He concluded.